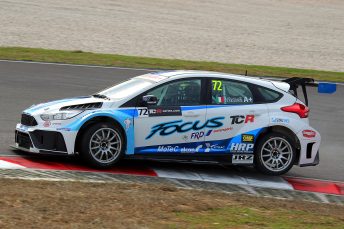 MEDIA RELEASE: FRD Motorsports was one of the first teams to commit to the TCR Asia Series program when it first began back in mid-2015, the team with deep roots in the China Touring Car Championship [CTCC] entering multiple champion Andy Yan behind the wheel of a locally built Ford Focus TCR.

Yan and FRD proved tough competitors, but the challenges of turning a car around quickly meant development time was against them, so they’ve focused much of their time in the ensuing 18-months to developing the car in Asia, the USA and Europe.

Just recently the Hong Kong-based team turned some very competitive laps of China’s Zhuhai circuit ahead of the opening round of the 2017 season at Sepang on 10-12 March where they are likely to field just a single entry to start.

FRD have not yet revealed their driver lineup, however FRD team boss Kenneth Ma admitted that he would likely have a star performer behind the wheel of the team’s recently upgraded Focus, with a second car due to come online very quickly for the new season.

“Currently the second car is undergoing TCR Balance of Performance [BoP] testing at Adria in Europe, and we hope to have it back ahead of the second round of the season,” Ma explained.

“There have been a number of modifications to the original car to make it more consistent and reliable, because it was clear the car had the pace it just needed some more development time to improve the reliability, so we’re confident that we’ll now be able to put the Focus right in amongst the Series front-runners.”

For WSC Asia Limited’s David Sonenscher, the return of the popular Focus will be a great addition to the TCR Asia Series field.

“Right from that very first event at Sepang two years ago, the Focus was a fan favourite and showed some impressive pace, but unfortunately due to their development program, they were unable to commit to the full Series.

“Last year the car made cameo appearances and showed significant improvement, but Kenneth and the team elected to concentrate on development for a return to competition this year, so we look forward to seeing the Ford mix it with the established teams.”

For more information please visit the TCR Asia Series website – www.asia.tcr-series.com – social media; www.facebook.com/TCRAsiaSeries will also post news, video clips, images and updates, and you can also get involved in the conversation on www.twitter.com/TCRAsiaSeries
#TCRAsiaSeries