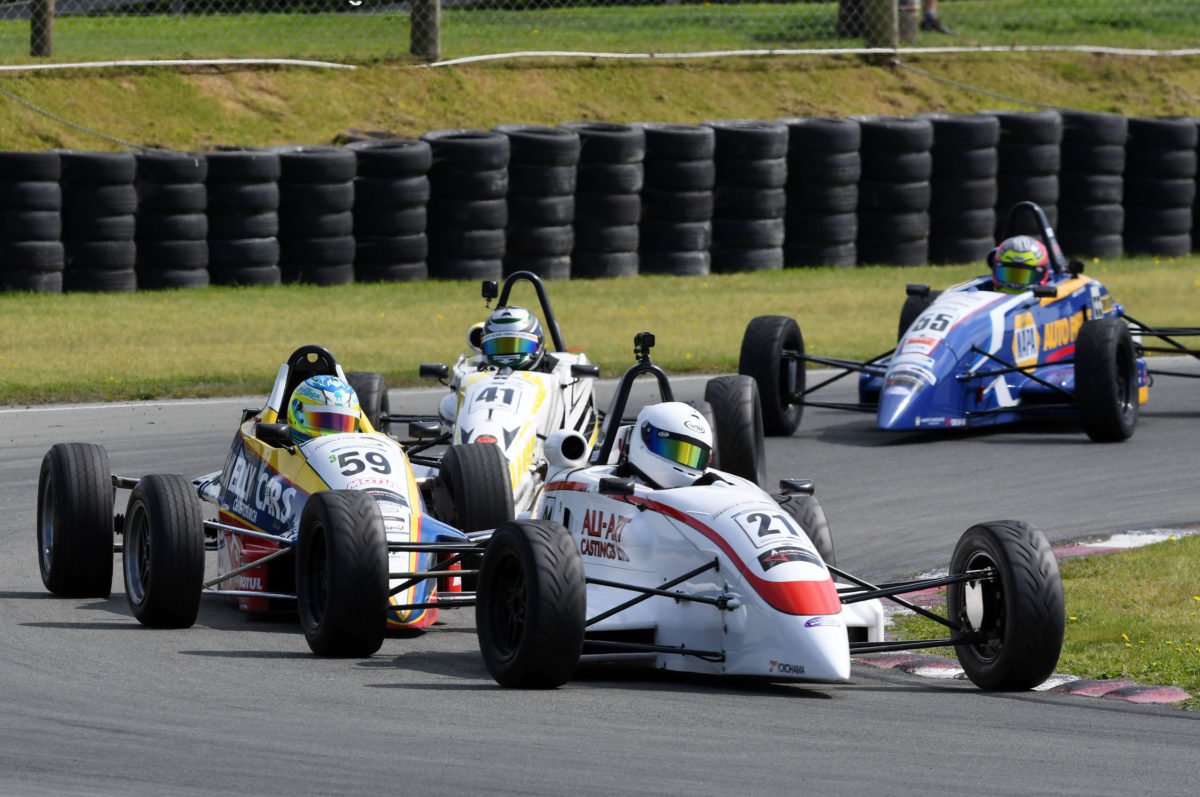 Zac Christensen is thrilled with how single seater racing has provided him the basis to be able to move to the next step of his motorsport career.

With seven years in KartSport competition between the ages of 9 -15 years, Christensen moved up to single seater racing taking on the four-round 2019 Formula First Winter Series at Manfeild Circuit Chris Amon..

“Formula First was a great introduction for me to learn how to drive a car,” commented Christensen.

“It was very different to KartSport.

“In karting there is heaps of grip with great handling, it is pretty straight forward, whereas car racing requires more focus.

“For example, braking was the most difficult to learn, quite different to KartSport.

“Formula First was a great stepping-stone from KartSport.”

“That was a massive step up.

“It had heaps more power (than the Formula First) and was great under brakes, quite easy to drive and easy to push.”

It was a great rookie season for the Canterbury University engineering student, finishing third overall and top rookie driver.

Next came a decision by the team to purchase a brand-new Ray GR20 from the UK through Christchurch’s Motorsport Solutions for the 2020/21 season where he again finished third in the South Island series behind James Penrose and Jack Noble-Adams.

“Stepping into the Ray was quite different,” Christensen added.

“Immediately it had better balance and was quite a stable car.

“I remember, at the time, that it was very challenging as there had been only one late model Ray that had come into the country, driven by Josh Bethune.

“It took awhile to get the setup in the car to suit me.”

The next major change was to take place leading into the 2021/22 Formula Ford season with the introduction of the Yokohama tyre, replacing Avon rubber, for both the North and South Island Series and the national championship.

“The Yokohama (tyre) was quite different with more longitudinal grip, probably better under brakes,” Christensen said.

“If you look at the results, the Yokohama certainly performs well, if not better, on the Class 1 cars.

“For me, it was a good thing having a season in the (Van Diemen) RF92 and getting to know driving a Formula Ford before taking on the Ray.

“I’ve had a lot of people asking about the Ray and how it compares to other Formula Fords.

“The Ray is certainly easy to drive, offers better stability, is great under brakes which gives you good confidence.

“It certainly has less understeer and oversteer.

“My dad has been my main mechanic both on the RF92 and the Ray with help from Motorsport Solutions.

“I think that we changed the setup on the RF92 a lot, whereas the Ray has been so much easier to work on.

“With being a modern chassis, the new engineering of the car makes it more suitable and easy to get to and work on.

“Setup changes are definitely quicker to do.

“Also, you’re dealing with new and not old so there are less things to go wrong.”

With three seasons learning and succeeding in Formula Ford, Christensen and his team have put up his Ray Formula Ford for sale while they contemplate and decide on his next step.