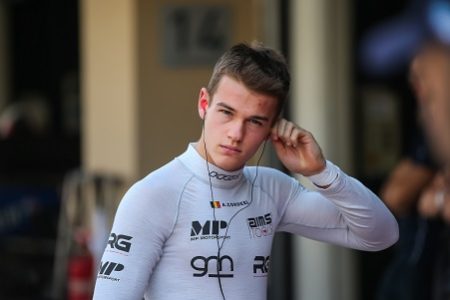 Belgian racer Amaury Cordeel – the 2018 Spanish Formula 4 Champion – is the latest driver to commit to the 2020 Castrol Toyota Racing Series in New Zealand.

Cordeel, who won seven races in the Spanish series on his way to the title, will race for Kiwi Motorsport and will be a potential title contender when the championship beings in January with a new car, new tyres and new-look teams.

The young racer has considerable experience in junior single seater formulae outside of his Spanish title campaign to bring to New Zealand, including nine races with BWT Mücke Motorsport in the Italian Formula 4 Championship in 2018. This year he has also competed in the F3 Asia Winter Series and the Formula Renault Eurocup with MP Motorsport’

It’s experience the 17 year old, who hails from Temse in Belgium, hopes will put him at the sharp end of the field in what is shaping up to be a highly competitive championship.

“My goal is to prepare myself as good as possible for the next season in Europe,” he said. “I would like to improve step by step and of course I want to compete for the championship. I think the Toyota Racing Series is a very nice championship and I will give the best of myself.”

Interest has been high in the 2020 championship, which awards seven FIA Super Licence points to the winner and fits nicely into the international racing year for young single seater racers looking for miles and competition during the winter months of the northern hemisphere. The 2020 championship will begin at Highlands Motorsport Park in Cromwell in New Zealand’s South Island over the weekend of January 17-19. It stays in the South Island for the second round a week later, moving to Teretonga Park near Invercargill for round two.