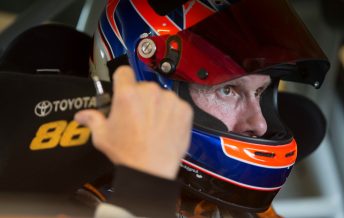 MEDIA RELEASE: Kiwi Toyota 86 ace John Penny will join Central Coast based powerhouse team Brian Hilton Motorsport for the fourth round of the 86 Racing Series at the famed Mt Panorama circuit in Bathurst, and confesses his biggest fear is hitting local wildlife.

Penny is one of New Zealand’s front running racers – finishing third in his debut season in the New Zealand 86 Series as well as taking third in the V8 Super Tourers North Island Endurance Series.

Having never raced at Bathurst, Penny hopes to make an impression in his first outing.

“I know that Brian Hilton Motorsport is after someone who can perform, so hopefully I’ll be quick from the outset,” Penny said.

“The Australian fields are about twice the size of the ones back home, so my focus is to make sure I qualify outside the Bermuda Triangle of the mid-pack and to be up the pointy end.

“It looks like it’s a highly competitive series, and just love racing 86s, so I’m looking forward to Bathurst,” he added.

The chance to join the Brian Hilton Motorsport team came through Penny’s NZ86 team manager Peter Cunliffe, who has been an integral part of the team since the Sydney Motorsport Park round.

“I jumped at the chance. Mt Panorama is the Holy Grail of motorsport downunder, and it’s a track I’ve always wanted to race at,” Penny said.

“I just hope there’s no kangaroos that jump out at me! I’ve watched Bathurst for many years, and seeing them jump in front of cars is something that stands out in my memory.”

The Supercheap Auto Bathurst 1000 is the fourth round of the 86 Racing Series, with practice commencing from 7:55am next Thursday.