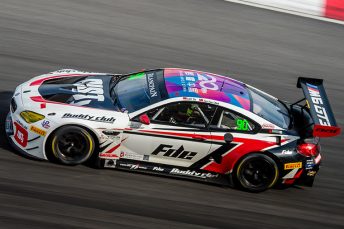 FIST – Team AAI will make its Blancpain GT Series Asia return at Fuji Speedway on August 19/20 after confirming that its two BMW M6 GT3s will race at the championship’s fourth round of the year.

The squad contested the championship’s inaugural event at Sepang in April, and its race-by-race commitment now resumes with a trip to the legendary former Formula 1 venue in Japan next month.

Two M6 GT3s competed in Malaysia and both are back with similar line-ups for the second of Blancpain GT Series Asia’s Japanese outings. Chinese driver Lin Yu once again partners team founder Jun San Chen in the Am Cup entry, while Jesse Krohn – who scored an outright podium at Sepang – pilots the second car alongside a yet-to-be-confirmed co-driver.

“Despite missing Blancpain GT Series Asia’s rounds at Buriram and Suzuka, FIST – Team AAI is proud to be entering its pair of amazing BMW M6 GT3s at Fuji where we are confident of scoring some great results,” said team manager Mitoshi Kakimoto. “The car ran strongly at Sepang so we expect to be battling near the front of both the overall and Am Cup fields.”

Fuji is therefore on course to welcome the championship’s biggest grid of the season, one that would eclipse the 30 cars entered at Sepang. Seven GT3 manufacturers are also already confirmed.