Final show of the season for Wangaratta City Raceway

Final show of the season for Wangaratta City Raceway 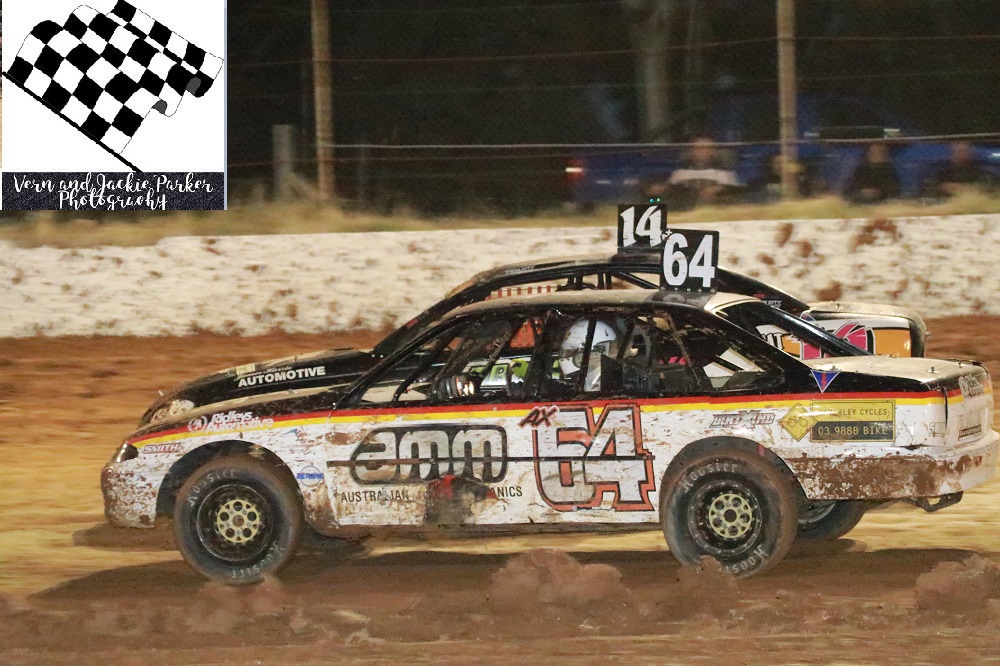 This Saturday night Wangaratta City Raceway, the North East’s number one Saturday night motorsport venue will wrap up its season with a number of featured events including the final running of the Darren Levy Memorial for Sports Sedans with over thirty entrants in that field alone. Add in a feature for the Junior Sedans, the Ladies Sedans and series rounds for the Junior 1200cc Sedans, Production Sedans and the Grand Prix Midgets and it makes for a heck of an entertaining night.

With a season long state series for Sports Sedans concluding this weekend at Wangaratta in the final round of the Darren Levy Memorial, a terrific and fitting list of strong competitors have nominated to compete and try to win the final event ever for the memorial. Darren was a local racer from a local racing family with strong ties to the Wangaratta speedway club. He is dearly missed by his family and remembered fondly by those that knew him in the speedway circles.

Competing for the honours of winning the final memorial event is a large list of Alexandra club members, known as the strongest of Sports Sedan clubs. Robert Garlick from Healesville currently leads the series points from club mate Dale Smith and those two will go at this weekend to try to secure the overall victory in the state series. At the same time drivers such as Wangaratta member Felicity Roycroft who has competed at the previous two rounds of the memorial series, is looking to tie up an overall memorial season victory and then there the drivers that just want to win that include and is not limited to Warrick Howie, Corey and Caleb Lincoln, Jay Nicolaisen, Nathan Shortis, Rob and Jamie Lock, Brendan Harper, Matthew Brooks, Luke Fallon and Josh Service.

You will not want to miss this final event honouring Darren Levy.

An annual Ladies Open Sedan feature event is pencilled in with the before mentioned Felicity Roycroft the favourite on paper, she recently won down in the Latrobe Valley at Rosedale and all results suggest she leads the Sports Sedans and Ladies point score at Wangaratta. Jaimi Barber, Tay Cummins and Kelly Lamb are just some of the other competitors that will keep her honest at the front of the field.

Saturday night will also be the annual Junior Open Sedan feature event of the season; this event also forms a round of the state series points for the class. Victorian champion Dylan Barrow is the driver to watch picking up victory after victory for the season, however Connor Claridge, Marty Bassett, Marcus Maclean, Jacob Tinworth who has won at Wangaratta this season, Riley Balins and Michael Sayers are a long list of racers who have shown they can compete for a top five spot in this line-up and perhaps the win.

Scott Hawkins and Danny Harrison from Leeton are back in town to try to pick up where they left off after our last race meeting in Production Sedans where they went one, two in the feature. This time however two of the nation’s best ever Production Sedan racers Trevor Mills and Stephen Laidlaw are in the field and add to the local Wangaratta contingent of racers that includes Chris Lack, Chris Fitzgerald, Brendan Harper, Tom Barnard and Raymond Ussher. Whilst Mills and Laidlaw on paper look to be a likely winner, the result is far from a lock.

Grand Prix Midgets will compete in the series round they missed out on a fortnight ago when weather played havoc with the region. Local competitors Jack Ward, Shawn Ward and Terry Brown will fly the flag for the North East whilst the likes of Chris Fowler, Paul Perry and Ashley Booker all proven front runners in the class will be looking to take the win away home with them.

Arthur Hutchinson leads the entrants in the Junior 1200cc Sedan state points event this weekend with the likes of Braiden Webster, Ella Sheedy, Riley Taylor and Wangaratta based racer Bryce Leek all looking to take what would be a career boosting feature win in front of Hutchinson. Hutchinson has proven to be the best driver in the class all season and a win against him could set up the next phase of a racing career for the driver successful in doing so.

Rounding out the evening’s competition is the Standard Saloon class which will see Micheal Fleming-Robertson from the nearby Corowa Club and Wangaratta’s Shane Roycroft and Trevor Evans duelling with Matt Leek, Wayne Sheerman and Tim Hutchinson from out of town, all six are more than capable of winning this weekend.