Fia selects Solberg as ambassador for its road safety campaign

Fia selects Solberg as ambassador for its road safety campaign 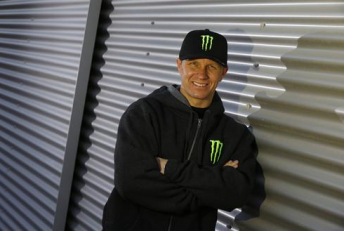 Solberg – who won five out of 12 rounds of the inaugural FIA World Rallycross Championship presented by Monster Energy last year – will help raise awareness for the initiative which focuses on reducing the number of deaths on the road.

The Norwegian will do this by educating and advocating globally for safer driving and behaviour while on the road.

“It is a great honour to be selected as an ambassador for the FIA Action for Road Safety campaign,” confirmed Solberg.

“Every 30 seconds somebody is killed on the roads and each year there is 1.3 million people that die in road accidents around the world.

“That is twice the population of Oslo which is a frightening statistic and one that we need to reduce. If everyone signs the pledge and follows the simple advice, there will be a significant improvement in road safety.”

The FIA recently launched a new online pledge aimed at promoting road safety and committing drivers to obey the rules of the road, as part of the FIA Action for Road Safety campaign.

The pledge is available at www.fia.com/pledge

Everyone is invited to show their support and commitment to the FIA’s 10 Golden Rules for safer motoring which advocate better behavior when behind the wheel. The 10 simple to remember rules include a commitment to Belt Up, Keep to the Speed Limit, Drive Sober and be Courteous and Considerate when driving.