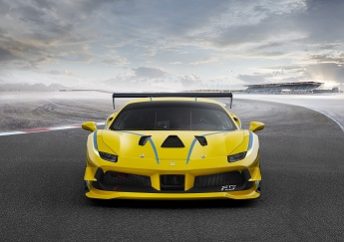 The races will form part of the official Australian Grand Prix schedule from 22 to 25 March.

“Ferrari has a longstanding history with motor racing in Australia, and some great successes on the Australian Grand Prix circuit here in Melbourne,” said Louis Colmache, Head of Corse Clienti, Asia Pacific “We are thrilled to announce that the inaugural Australian Ferrari Challenge Series races will take place here in Melbourne in 2018. It is with great pleasure and pride that we will be able to offer our growing numbers of Ferrari clients the opportunity to drive the iconic Albert Park circuit for the themselves. We encourage all Ferrari owners to take up the opportunity to get involved in racing with Ferrari and all Australian fans of Ferrari to come and support our exciting racing series during the 2018 Australian GP.”

Ferrari Challenge is the widest ranging and most envied one-make client racing series in the world. The FIA approved series was established in 1993. There are three series: Europe, which is the oldest, North America and Asia-Pacific, with each series taking place in separate continents.

“Australia is home to some of the most passionate Ferrari drivers in the world,” explained Herbert Appleroth, CEO, Ferrari Australasia. “We are excited to be able to now offer our clients the opportunity to experience the thrill of racing with Ferrari on some of the most iconic race tracks in the world, including Melbourne’s world-famous Albert Park Grand Prix circuit in Australia.”

Clients and fans will see the Ferrari 488 Challenge car in action during the races. The 488 Challenge is the first ever turbo-charged model to race and is the most powerful Challenge car ever, powered by the 670 cv 3.9-litre V8 derived from the series production engine that took the overall 2016 & 2017 International Engine of the Year Award.