A feast of open wheel action for Archerfield

A feast of open wheel action for Archerfield 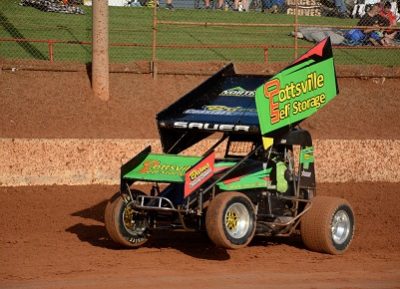 Following his emphatic performance last weekend, Andrew Scheuerle will be looking for a repeat performance this Saturday night (March 10) in round twelve of the East Coast Logistics Sprintcar Track Championship at Ausdeck Patios Archerfield Speedway. However, with defending champ Luke Oldfield back in action after missing the previous round and Gold Coast youngster Lachlan McHugh making his return from a stellar debut season of World Series competition, Scheuerle will need to draw on his vast wealth of experience if he is to achieve back-to-back feature race successes. In addition to the Sprintcar action, Midgets will contest round seven of their Polar Ice Track Championship, with Development Sprintcars, Compact Speedcars, Lightning Sprints and Formula 500s completing an all open wheel program.

With last Saturday’s event having been rescheduled from the previous weekend as a result of inclement weather, Oldfield was one of several drivers with prior commitments who were unable to attend, throwing the championship wide open. Knowing they needed the best possible results to take maximum advantage of Oldfield’s absence, Scheuerle and Mitchell Gee did exactly that, finishing first and third respectively in the feature race, split only by a terrific last-corner pass from Jayden Peacock. Given the fact that Oldfield won the championship last season despite missing a round, his absence last weekend is certainly no death knell for his title defence and sets the scene for a titanic tussle between the championship combatants over the remaining rounds.

Fresh from a rookie World Series campaign that included a string of outstanding results against the very best in the business on tracks across the country, many of which he had never raced before, McHugh’s return only adds further spice to proceedings. Bringing the wealth of experience gathered on his WSS sojourn to his home track, McHugh looms as a potential spoiler and, with Callum Walker also back after missing last week, this event is shaping to be one of the most fiercely contested rounds of the season. Whilst OIdfield, Scheuerle, Gee and Walker have been the standouts over the course of the season thus far, last weekend saw Bryan Mann serve notice of his intentions to be a contender each time he appears, emerging as top qualifier after the heats before fading to finish eighth in the feature race. Ben Hilder was excellent again last week and must be closing in on a podium result, while the likes of Peacock, Brent Kratzmann, Allan Woods, Mick Sauer and Peter Lack, who only needs a run of luck to turn his fortunes around, will also be in the thick of the action.

In Development Sprintcar action, Jason King will be looking to back up his maiden win last Saturday night with further success, with Kris Jennings and Peter Campbell likely to be his biggest threats.

A look at the entry list for round seven of the Polar Ice Midget Track Championship serves as testament to the emergence of new drivers in the category, a much needed boost for the ranks in light of the fact that several series regulars have, for whatever reason, opted to sit out this round. However, Darren Vine and Scott Farmer will be continuing their championship battle, with the latter making his first home track appearance since his stunning run into fifth place in the Australian Championship, a result he replicated last weekend in the Super Series event at Lismore. Given his history of success in big events both here and interstate, Brendan Palmer looms as a serious threat despite his lack of racing of late, while Mark George and Michael Harders are both Queensland Championship winners.

As they have done all season, Compact Speedcars have produced a very strong line-up, with myriad potential feature race winners in the field every week. Australian champ Darren Vine will be doing double duty on the night and faces the toughest field he has encountered in several seasons. In addition to category veterans such as Vine and Wayne Corbett, the likes of Dave Collins, Trent Usher, Richard Treanor, Tim Farrell and Riki Harrison are proven race winners, while Emma Harris, Glenn Wright, Matt O’Neill and Nick Gannon are also regular front runners in the 19-car field.

Australian champion Kurt Wilson and Queensland titleholder Keith Blatch will face off in the Lightning Sprint events, with Aaron Kelly perhaps the most likely to spring an upset given his podium result behind Blatch in the state championship final at Archerfield earlier in the season. A dozen drivers have nominated, with Sprintcar racer Brett Minett an interesting addition to the field.

With their previous show having been washed out, Formula 500s have been added to the program and whilst the line-up is understandably a little smaller than usual, trying to predict a feature winner is impossible given that Kristin Brown, Ryan Skennar, James Kennedy, Charlie Brown, Nick Hodges, Ryan McNamara and Kurt Wilson, who is another doing double duty on the night, are all proven race winners.

The Formula 500 Juniors will also be in action, with early racing getting underway from 4.30pm. Sprintcar time trials commence at 5.30pm and the main program, which also includes the fun of the annual kids pushbike races, kicks off 6.00pm.