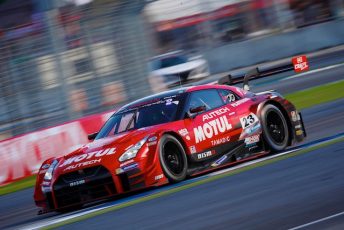 Yokohama, Japan –The fans have spoken, the Nissan Skyline GT-R R32 has taken the victory in the #NISMOtop20 competition.

Ultimately, it was the R32’s racing pedigree and cult-favorite status that catapulted it to the top.

1991 also marked the first year the car won the Australian Touring Car Championship. They would follow it up with another championship in 1992, taking Bathurst 1000 victories both years.

However, it was in Japanese touring cars that the R32 saw arguably its biggest successes.

The Nissan Skyline GT-R R32 scored the victory in every Japanese Touring Car Championship race during the 1990, 1991, 1992 and 1993 seasons, earning championships for the Hasemi and Impul teams along the way.

In addition to its racing repertoire, the R32’s status as a fan favourite was cemented with its inclusion in the Gran Turismo video game series.

An enduring and endlessly popular option for gamers everywhere and a bonafide racing champion, the Skyline GT-R R32 proved its prowess on the track, on the screen and in the #NISMOtop20 to be named the greatest Nissan NISMO race car of all time.

Twin-Ring Motegi, Japan – The final round of the 2017 Super GT championship will be shown live this weekend on NISMO.tv with the No. 23 Nissan GT-R NISMO GT500 of Ronnie Quintarelli and Tsugio Matsuda still in championship contention.

The Italian/Japanese combination is in third place in the points entering the final round – just eight points off the championship lead.

The Twin-Ring Motegi circuit has been a happy hunting ground for Quintarelli and Matsuda. The duo finishing second here in 2015 and was victorious in 2014 – clinching the GT500 championship for Nissan both seasons.

GT Academy ace Jann Mardenborough enters this weekend on a high note after qualifying on the front row in Thailand and recording the fastest lap of the race.

Nissan Motorsports do battle in New Zealand Supercars round

Pukekohe, New Zealand – The Nissan Motorsport Supercars squad finished just outside the top 10 following a weekend of wild racing at the Auckland SuperSprint.

The first race’s qualifying session was cancelled due to heavy rain, which forced the grid to be set from Friday’s practice times. Ultimately, the weather had little impact on Saturday’s shortened 66-lap race.

Rick Kelly started the race from 13th and crossed the line as the highest placed Nissan in 11th, benefitting from a dry-weather setup on his Nissan Altima.

In the second race of the weekend, Nissan Motorsport showed strong pace. All four Altimas moved up the order and improved on their qualifying position at the conclusion of 70 laps around Pukekohe Park Raceway.

Michael Caruso finished as the highest placed Nissan driver in 11th position at the end of the 200km race. The No. 23 Nissan NISMO driver started in 13th and charged inside the top 10 early on. After dropping a few places following the first round of pit stops, Caruso was able to recover and earn valuable points in the Team’s Championship.

“It was a good battle throughout the race,” Caruso said.

“We had strong pace across the afternoon and the car felt great. We were able to dial out most of the things that had hampered us earlier in the weekend. So, by the time the race arrived, we had a pretty good package.

“It would have been great to finish inside the top 10, and I thought that was on the cards, but it just didn’t work out in the end.”

The team will now set its sights on finishing the season on a high note at the championship’s final round to be held at the Newcastle street circuit, north of Sydney, on November 24-26.

“Newcastle will be a very exciting way to end the year. This is a brand new track for everyone, and the design looks like it will provide some good racing,” Caruso said.

“There’s still plenty of Team’s Championship points on the line, so we’ll keep working hard and battling to the end of the season.”