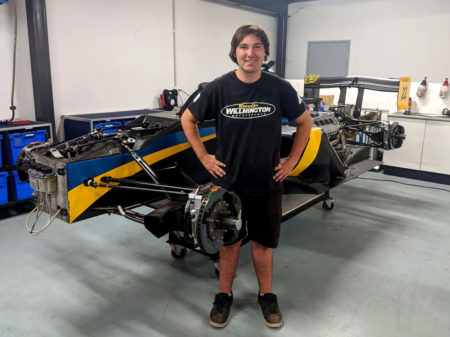 The name ‘Willmington’ has been synonymous with Australian motorsport for the past five decades, and the family team is now eyeing a future in the all-new S5000 class.

Braydan Willmington, son of former privateer touring car driver Garry, has competed in speedway and sprintcar racing for the past few years, and is now looking for a new racing outlet.

Brayden, 21, will start that journey at Wakefield Park today, driving one of AGI Sport’s S5000 cars in a private test session.

While he is best known for competing in speedway, he is no stranger to circuit racing, having competed in state level competition.

The Willmington name needs no introduction to Australian motorsport circles. Garry Willmington was a perennial privateer in local touring car racing in the 1980s and 1990s, competing in 21 Bathurst 1000s.

Brayden will use the test to confirm interest in the category and assess his car speed, and could compete at the next S5000 event at The Bend Motorsport Park next month (November 15-17).

“I was at Sandown working for AGI at the inaugural round where I fell in love with these ultimate racecars.”

“I love the class. I loved the old Formula 5000s, and I nearly went that way myself but instead went into touring car racing,” said Garry Willmington.

“A V8 is the only open wheeler that I’ve ever been interested in, and I think these cars are fantastic.

“This is a test to see how he goes. If we tick all of the boxes, then we’d like to run at The Bend and a full championship next year.”