Family fun this Sunday with racing’ in the basin

Family fun this Sunday with racing’ in the basin 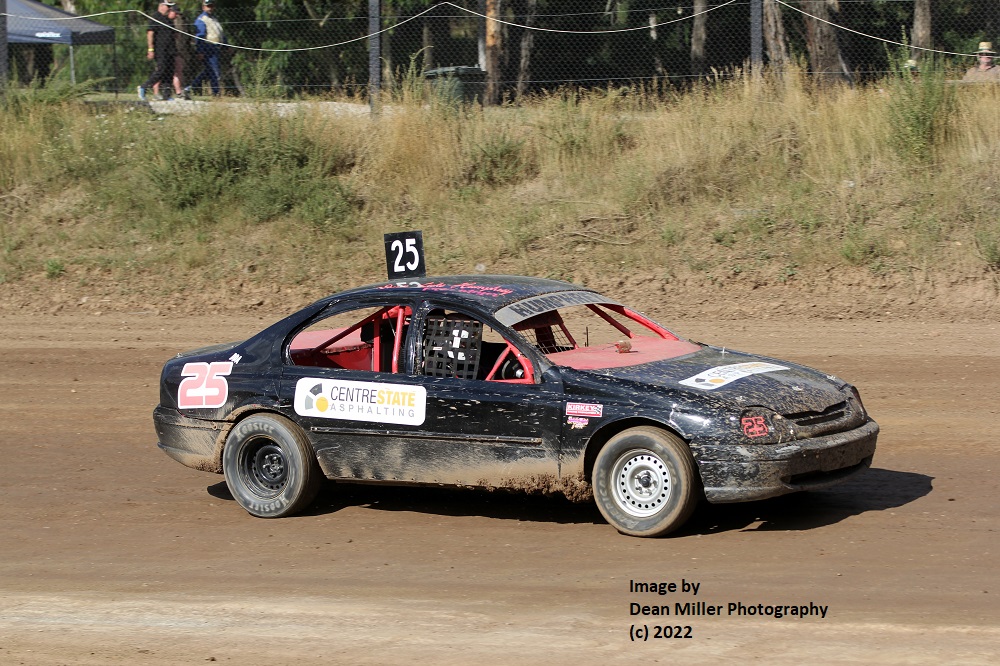 Daylesford Speedway’s annual Easter speedway meeting is this Sunday and a healthy entry list has nominated to head to the Basin for some racin’ headlined by the Balshaw Memorial for Daylesford Modified Sedans and supported by all the regular club classes and an anticipated visit from the Easter Bunny!

The ‘Balshaw Memorial’ for the Modifieds has attracted fifteen entrants and the drivers are very keen after missing out their final last meeting due to a serious crash in a race prior to theirs. In that crash was the car that Daniel Carter will compete in this Sunday and as top points at the last event, he is very keen to go all the way to the feature race win this weekend. Ryan Daly who also performed strongly at the last show is the number one contender whilst the likes of Coby and Reece Kakoschke, Steven Warlond and Jayden Humphrey in his new car after winning every race last Sunday at Darlington, will make things interesting at the front. Club President Pauly Botheras makes a return to competition after a huge crash last season destroyed a racecar and put him out of racing until now.

Katie Meyer who was declared the winner of the last Ladies event after Chloe Graham crashed out of the race is back to see if she can secure top honours once again. Richelle Jenner and Graham herself are two Ladies intent on getting a result on Meyer.

Bailey Kakoschke is back to try and chalk up another win in the Juniors on Sunday however he has to compete with some more rookie racers in the class and Arthur Hutchinson stepping into a six cylinder race car after dominating 1200cc Junior Sedan racing so far this season. Hutchinson has some ability so Kakoschke will have a challenge whilst Blaize Majok-Edwards who was a top three finisher at the last event has some extra incentive to keep challenging Kakoschke for higher honours.

The Street Stocks have once again attracted the entry of Mitch Viney who has now won the last two finals at the Basin for the class. Des Robinson and Chris Hay, second and third respectively last show are back to keep Viney honest with the intention of taking home the number one trophy. The competition is close in the class with the likes of Robinson, Hay, Glenn McCoubrie, Viney and Michael Smith vying for the end of season club point score.

Rounding out the show is the Victorian Speedway Council Standard Saloons. Last start winner Tim Hutchinson is back to continue his dominance at the front of the class. Competition is not easy though and Aaron Meakins will be challenging as will Aaron’s son Rhys who makes his senior age racing debut on Sunday after finishing his Junior career Saturday night elsewhere. Either of the Meakins are more than capable of a winning result. Rick Stowe is right up the front as far as strong performers and based on the last meeting Lachie Chivers has his tail up and Bailey Sinclair and Austin Chivers will be looking for redemption after less than expected results. Dean Pedersen from Daylesford club also is keen to continue on after a great run at Darlington last weekend.

The Canteen and some terrific vendors at the club will be operational Sunday. Daylesford Speedway has an onsite bar, no BYO allowed. $4 beers $6 Spirits.

All adults are $15 to enter, Life members & aged pensioners are $10. Children 13 to 17 are $5 each and twelve and under are free, no family ticket at these prices.

Racing begins at 11.30am and the gates open early from 8am with competitors due at the track by 10.00am and pit gates shut to racing entrants by 10.30