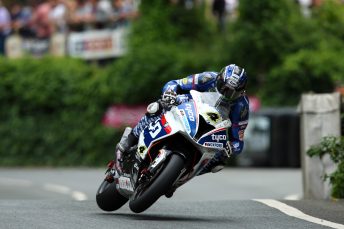 MEDIA RELEASE: The countdown is on for the 2017 BMW Motorrad Race Trophy and this season new features ensure this continuously growing worldwide competition for BMW Motorrad Motorsport racers will be even more attractive. Prize money and bonuses will be given to a much larger number of participants than before. In 2017, the top 30 riders in the final standings will be rewarded with prize cheques, and new additional bonuses will be introduced. The 2017 BMW Motorrad Race Trophy season will start with the first races of the MOTUL FIM Superbike World Championship (WorldSBK) and the Australian Superbike Championship (ASBK) on 25th and 26th February in Phillip Island (AUS).

In total, 27 different championship classes in 20 international and national racing series will count towards the 2017 BMW Motorrad Race Trophy – from WorldSBK to national series on all continents. New additions for the season are the newly founded Motorcycle Championship (MOTOCh), that holds its races in Slovakia, Hungary and the Czech Republic, and the Spanish Championship (CEV), that follows the former FIM CEV Superbike European Championship. You will find a full list of all championships of the 2017 Race Trophy below.

To date, the top 15 riders of the final standings were rewarded – now, this number will be doubled and prize cheques and trophies will be given to the top 30 Race Trophy participants. The winner will receive 15,000 Euros, second place will receive 10,000 Euros and third place takes 7,500 Euros. For 30th place, a prize cheque of 500 Euros will be given.

In addition, two new bonuses will be introduced in the 2017 season: for the “Newcomer of the Year” and the “Best BMW Rider in Class”. “Newcomer of the Year” will be for the participant who scores the highest number of Race Trophy points (a minimum of 100.00 points) of those riders registered for the first time. The winner of the category will be rewarded with a voucher for a BMW original parts package to the value of 2,500 Euros. This voucher can be redeemed if the rider is participating in the Race Trophy in the following season.

“The BMW Motorrad Race Trophy is a great global success – but of course we are not sitting back but continuously striving for making it even more attractive for our participants,” said Uwe Geyer, Marketing Director BMW Motorrad Motorsport. “The Race Trophy unites the worldwide BMW Motorrad Motorsport family and we are proud of the stunning development this competition has made over the past years. It is very important to us to recognize the fantastic achievements of our customers in their respective championship classes. For that reason, we will now reward the top 30 riders with the coveted prize cheques and trophies and we decided to introduce additional new bonus categories. This ensures that even more riders can enjoy the benefits of being part of the Race Trophy. We are looking forward to an exciting 2017 Race Trophy season and are sure that the global community of BMW Motorrad Motorsport racers will continue to steadily grow.”

As part of its long-term strategy in motorsport, BMW Motorrad introduced the Race Trophy in 2014. This project forms a major pillar of the comprehensive worldwide customer sports programme of BMW Motorrad. Any BMW S 1000 RR rider competing in one of the listed championships can take part free of charge in the BMW Motorrad Race Trophy, and battle it out with other BMW racers from different series, nations and continents to be crowned the best BMW Motorrad privateer in the world.

According to their results in their respective championships, the participants receive Race Trophy points for a joint ranking. The rider who collects the highest number of Race Trophy points over the scoring period wins the BMW Motorrad Race Trophy. This unique competition proved a global success, with the number of participants continuously increasing: In the inaugural 2014 season, 69 BMW riders registered. The following year, 104 racers took part, and last season, 2016, no fewer than 127 BMW race riders joined the Race Trophy – twice as many as in the first year.

Registration is open now and up to 30th June 2017. All participants signing up for the 2017 BMW Motorrad Race Trophy within this timeframe will receive an exclusive welcome pack, including BMW Motorrad Motorsport jacket, shirt and t-shirts, HP pit carpet, BMW logos and several racing stickers.

You can find all the information on the 2017 BMW Motorrad Race Trophy online at the BMW Motorrad Motorsport website: