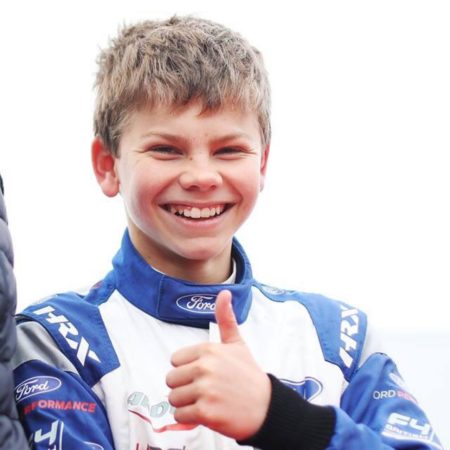 3Y Evans GP Team OLOI is pleased to announce the signing of 16-year-old British F4 race winner Alex Connor, who joins its Asian F3 squad for the final two rounds of the 2021 championship.

The young Dubai-based British driver was 4th overall in the 2020 British F4 Championship. He was also 2019 Vice Champion of the British F4 Rookie Cup, after joining the Arden Young Driver Academy in 2017. In 2015 & 2016 Connor was the UAE X30 Cadet Champion and UAE MicroMax Vice – Champion, and in 2016 finished the SWS Junior Cup World Finals in 3rd Place.

Team Owner Josh Evans: “On behalf of the team, I’m happy to say that everyone is excited to welcome Alex onboard and we are thrilled to be part of his career. We have been talking to him for some time and know he’s been eager to take things to the next level. These last two rounds provide him a perfect opportunity to do so“.

Alex Connor: “Of course I can’t wait to get behind the wheel of the F3, especially as I live here but I haven’t actually tested the car until a couple of days ago nor raced in Dubai. And, this series is the perfect opportunity to learn and build experience against world class drivers, with a front-running team“.

For more information on Alex Connor, please visit his website.

The Asian F3 Certified by FIA Championship is run as a regional F3 FIA series and designed as a stepping stone to International F3. The series has a well-deserved reputation as being one of the most competitive F3 championships, with former drivers including such notables as Nikita Mazepin, Rinus Veekay, Liam Lawson, Dan Ticktum, Jack Doohan, Jamie Chadwick, Petro Fittipaldi, and David Schumacher.

Evans GP, based in Melbourne, Australia, is a professional racing team who competes in Asian F3 as well as other Formula and Touring Car competition and testing. The team’s international personnel bring a wealth of winning experience including such series as F1, F2, F3, GP2, GP3, F4, Formula Renault, Formula Ford, V8 Supercars, and others.

The team is backed by OLOI, Inc. of San Francisco, California, a motorsport-inspired line of apparel which focuses on blending performance with time-proven classics in its product line. For more information on OLOI, please visit their website