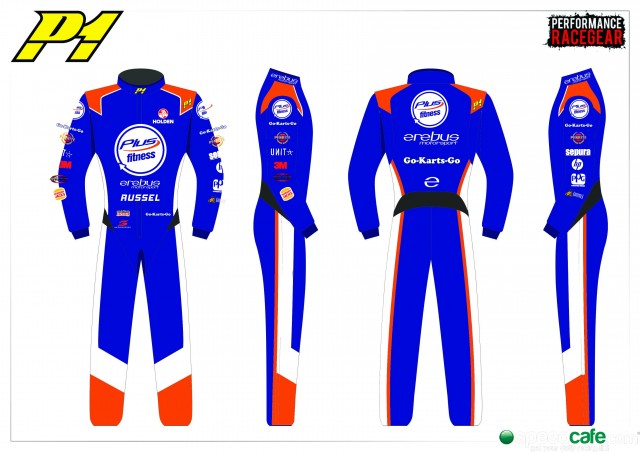 The light-weight and breathable race wear will provide a competitive edge for Erebus Motorsport drivers David Reynolds and Aaren Russell.

Mike Nairn, Director of Performance Racegear, which imports the P1 product range which is hand-made in Italy, brought the P1 brand to Australia 18 months ago.

With experience in global motorsport categories such as Formula One and World Rally Championship, P1 has now brought their products to V8 Supercars.

“After bringing the brand to Australia in 2014, we entered the V8 Supercars Championship last year,” said Nairn.

“We were looking to expand for 2016 and Erebus Motorsport ticks lots of boxes for us.

“As a motorsport fan, first and foremost, and as a businessman, I like the way Betty [Klimenko] goes about doing things.

“She’s very open with the public and fans – she makes herself very accessible, and is unlike many of the other team owners and managers.

“We understand Erebus Motorsport’s decision to change manufacturers and we’re confident that the team will see better results this year.”

For more information about the P1 range of race wear, including distribution queries, go to http://performanceracegear.com.au.