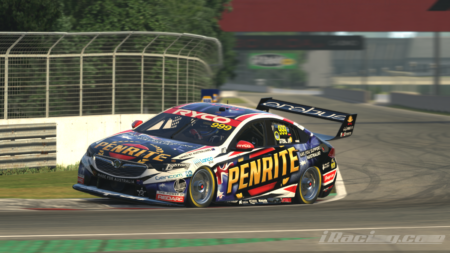 After the success of their inaugural junior competition held earlier this year, Erebus has launched a second competition.

The contest will kick off on Friday 20th November with time trial shootouts before qualifying for Saturday’s races.

The top 25 from each age group will receive entry into the races.

“While 2020 has been a strange year for many, sim racing has enabled young drivers to still keep their eye in and continue racing,” Erebus Motorsport CEO Barry Ryan said.

“We had some great feedback from our last eSports competition which is why we have decided to go again, and also open it up to more people.”

An over 18’s age group has now been added, while the two previous junior age groups has been combined to create a 13-17 years group.

“This is for everyone; any novice sim racers to professional drivers,” Ryan said.

“It’s all part of our Erebus Academy and our mission to provide young drivers with an opportunity to learn and grow their skills.”

Drivers will have to set their times and compete at Mount Panorama in the same cars the team are currently running in the Pro Eseries, the ZB Commodore.

In addition to the Penrite Racing livery though, drivers will be able to choose between a selection of liveries including designs from Ryco Filters, Pedders Suspension, Snap-on Tools, Mechanix Wear and Motorsport Superstore.

Prizes will be awarded to the top three drivers during Saturday’s races.

The Erebus eSports competition is open to the public and will be broadcast on the team’s Facebook and YouTube channels, with fans urged to enter via the team’s website.

For more information and to register, visit www.penriteracing.com/jr-esports-comp.