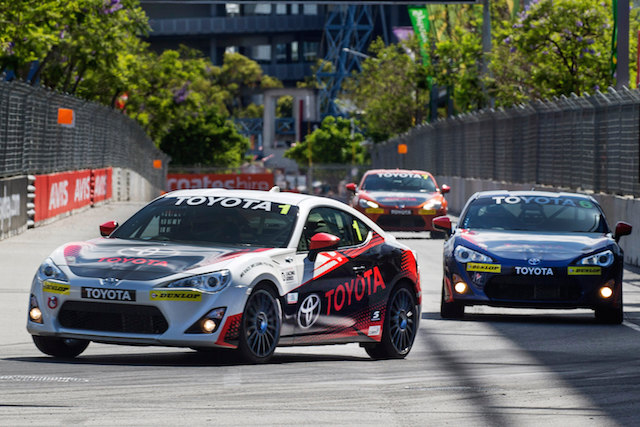 MEDIA RELEASE: Entries for one of the most anticipated new categories in Australian motorsport, the Toyota 86 Racing Series, have officially opened.

In the 12 months since Toyota Australia announced its plans for an affordable motorsport series based on the country’s best-selling sports car, interest from prospective competitors and motor racing fans has continued to build.

Underpinned by a straightforward and relatively affordable technical spec, the Toyota 86 Racing Series provides the perfect platform for budding competitors to develop their skills.

The series is managed by AirTime Autosport under the leadership of prominent motorsport identity Neil Crompton, and according to the company’s general manager Phil Harrison expressions of interest from potential entrants have been regular and genuine.

“We’ve had serious conversations with a range of people, from aspiring racers still in high school, to established motorsport operations looking to use the Toyota 86 Racing Series as a stepping stone in their driver development programs,” Mr Harrison said.

“Now that the [category’s] sporting and technical regulations and vehicle recognition documents have been confirmed by CAMS (Confederation of Australian Motor Sport) we can take those discussions to the next level,” he said.

“Over the coming months we will be making further announcements as entries open for each individual round of the Toyota 86 Racing Series,” he said.

Those interested in learning more about the Toyota 86 Racing Series should contact Phil Harrison at AirTime Autosport ([email protected]) or go to www.toyota.com.au/86/racing-series.

Open to all manual variants of Toyota’s cult-classic sports car*, the series is part of the support program at selected rounds of the Australian V8 Supercars championship.

For regular updates and more information go to toyota.com.au/86/racing-series.