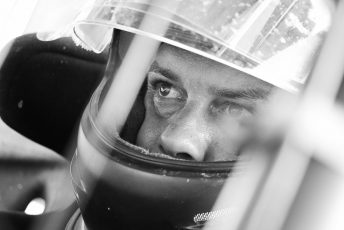 Danny Reidy will be a front runner at the Firecracker 50

MEDIA RELEASE: Two of Australia’s Most Respected Engine Builders have weighed in on the strategy required to last the journey of this Saturday’s Kratzmann Caravans Firecracker 50 lap race.

Scott Inglis Race Engines proprietor Scott Inglis and Ken McNamara from KRE both agreed that the 50 lap Ultimate Sprintcar round will be a genuine race of strategy, calling on racers to know their car, their tyres and their fuel.

“They’ll have to be on the tap!” said Inglis, referring to the fuel tap in the driver’s cockpit that controls fuel flow to the engine.

“When they go four wide before the start and any roll around laps, they will have to control the amount of fuel going into the engine to conserve as much as they can, but if they play their cards right, they should have no trouble lasting fifty laps straight even if there’s no stoppages.”

“If you were to enforce a compulsory fuel stop half way through, it defeats the purpose of having an endurance race like this. But Toowoomba is a fast race track where they are often full throttle the whole way around so they’ll have to be conservative, but even a 28 gallon tank should make the distance.”

“It’s all about throttle position, and the driver needs to be constantly making the decision between speed and conservation. They wont need to run exceptionally lean and risk the engine, but they’ll need to be smart.”

“They run 40 laps on a bigger track at Warrnambool which is a fast like Toowoomba, so they should have no problem,” he said.

Chief Steward Wayne Baines will be recording the laps circulated under caution if there are any stoppages, siting 15 to 20 laps as the threshold for allowing an “open red” where crews can come and refuel the car on the race track.

“We understand that the strategy of this race is what the fans will love, but by the same token, we want everyone to finish the race, so if there’s anywhere around 15 to 20 roll around laps under caution, we will allow a complete stop for refuelling.”

Qualifying for the event will be in hot laps where drivers will have four laps to register their quickest time, followed by two ten lap heat races, the first of which with the quickest to the front and the second inverted back eight positions.

The usual Pole Shuffle, Shootout or Dash has been taken away from the schedule in light of the fifty lap final.

And while fuel consumption will be a major factor, tyre wear will also be a major player in the strategy, with the crews having to choose a tyre that is hard enough to last the race, while still being soft enough for grip, and with hot weather forecast, crews will be watching track conditions throughout the night to make wise choices.

33 drivers have nominated for the event which also features 27 V8 Dirt Modifieds, plus Formula 500’s and Junior Sedans. Action from 5pm. Tickets at the gate from 3pm or right now from www.speedwaytickets.com

For more details, check out the Hi-Tec Oils Speedway Facebook page or www.toowoombaspeedway.com