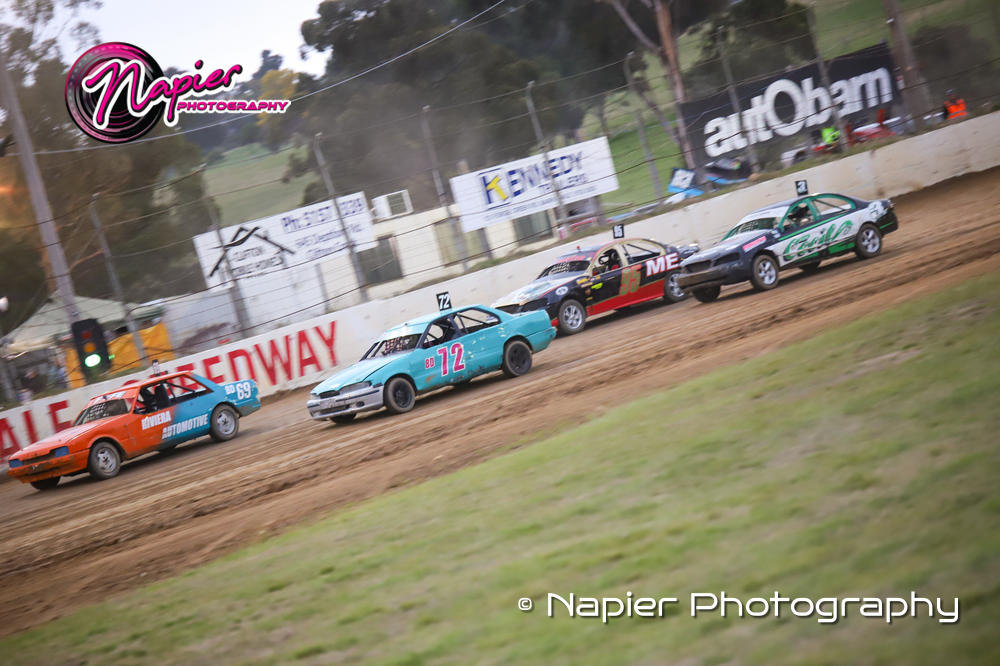 With some of this weekend’s action competing through the dog-leg course at Drouin Speedway fans will enjoy the action as Speedway cars make a slight detour on the regular oval track racing they do and it will be the Junior Standard Saloons who headline this weekends racing on Sunday as they compete in the Junior Jam event.

Seventeen drivers under the age of eighteen are entered with a great mix of boys and girls who have been developing their skills over the past few seasons in preparation for some to move on and be our heroes for many years to come. Harry Cecil, Nathan Miles, Zac Barwise, Beau Stuchbery and Hunter Carey lead the list of nominations by way of skills already shown behind the wheel however there is a list of other drivers that continue to improve and perhaps will cement themselves into the lead group, Cooper Joynson, Jack Braz, Zoe Hunt, Bree Walker and Deon Fyfe are just some of those.

The popular Standard Saloons once again have a field of at least twenty competitors with the likes of Jeff Blencowe, Leigh Gooding, Jack Yeomans, Mark Miles, Chris Miles, Col Yeomans, Andrew Miles, and Rhys Lansdown in the fray. Lansdown has been consistently in the top three when competing this season, however Blencowe and Gooding continue to battle each other at the top week in week out when it comes to Drouin. Perhaps this weekend it is time for Drouin member Jack Yeomans to secure a big adult age feature win result.

The Unlimited Sedans return to Drouin Speedway for the first time this season. Drouin is one of a handful of clubs that run the class as a points class for members during the season and is now the club that has run Unlimiteds the longest than any other.

Stan Brown the Victoria number three ranked competitor and Daryl Nicolson will fly the flag for Drouin members, whilst Travis Ramsdale who has a feature win to his name at Redline this season, Peter Farley, Johnny Young and Troy Hutchison are just some others capable of a win as well.

Ladies Standard Saloon racing is scheduled with Maddison Miles a recent winner at Rosedale up against Kate Stuchbery, Sharlene Laidlaw and Bronwyn Miles amongst others and there is also going to be a field of Open Sedans.

Entry will cost $20 for an adult, aged and invalid Pensioner and Children 12 to 16yrs is $15 and Children under 12 years of age are free. A family ticket for two adults and two children aged 12 to 16 will cost $50.