Demoustier and Eurodatacar aim to impress at home race

Demoustier and Eurodatacar aim to impress at home race 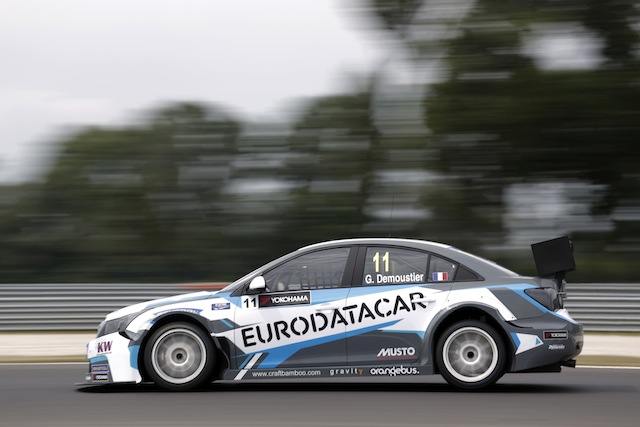 MEDIA RELEASE: Craft-Bamboo Racing has made their way to France for the home race of their title sponsor Eurodatacar and driver Grégoire Demoustier.

Paul Ricard marks the seventh round of the 2015 FIA WTCC and Demoustier is focused once again on improving his pace and taking on the other independent drivers, hopefully repeating the great drive that was seen in race two in Slovakia.

Spurred on by the crowd, the young Frenchman will be looking for a weekend of consistent results to move up in the championship standings.

He is currently four points behind season rival, John Filippi, and has set his sights on chasing down his compatriot this weekend.

Demoustier showed strong pace during race two at the Slovakiaring, taking an incredible six places over the 11 lap race and overtaking, John Filippi, on the final lap to finish the weekend on a high.

The flying Frenchman is going to be channeling this energy into a good qualifying session that will give him the best shot at good start.

Demoustier’s consistently quick starts have opened the door for him to gain several positions early on in the race before he settles into his race rhythm to chase down the competition.

Paul Ricard Circuit is located in La Castellet, near Marseille, in France and was built in 1969. While there is a longer configuration available, the WTCC runs on the GP short circuit which measures 3.841km.

Built on a plateau, the circuit is very flat and features ten turns and is known for having year round great weather.

With forecasts looking good for this weekend’s competition, it should be the perfect setting for French touring car fans to enjoy all the action.

Craft-Bamboo Racing’s World Touring Car Championship campaign would not have been possible without the support of, Eurodatacar, Ravenol, Gravity, Musto, Team Dynamics and Orangebus.