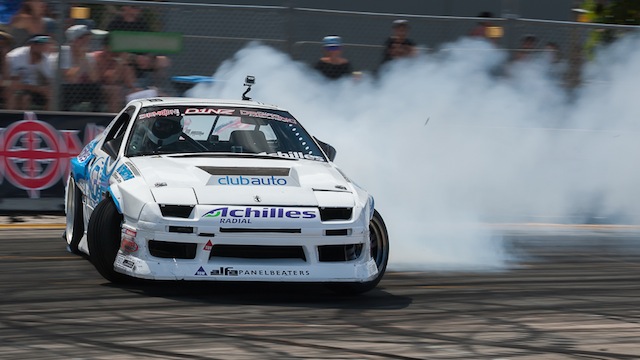 One of the closest title fights in D1NZ history is about to unfold for Round Four of the Demon Energy D1NZ National Drifting Championship Series at Hampton Downs next weekend.

The two friendly rivals have found themselves right in the thick of the controversial “V8 vs Turbo” battlefront that has polarised fans young and old this season.

“I’m definitely going in there to put everything on the line and do my best to get back into the championship lead, the turbo’s need to get back in the fight. Hampton Downs is a hard track for chasing with no room for mistakes so it’s going to all come down to consistency and being on your game. 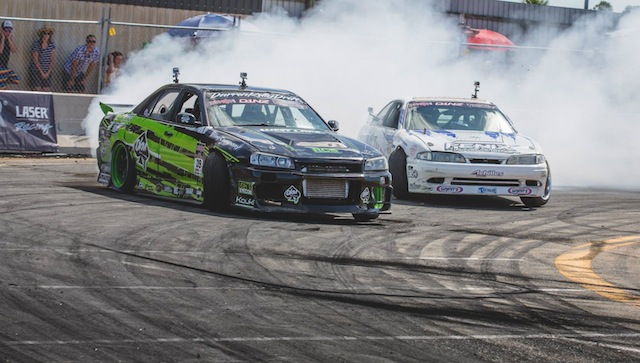 “Andrew is always consistent and will definitely finish high so I’ll need to be pushing super hard to make sure we get on the podium at the end of the day.

“It all comes down to finishing in the top 5 all season to have a shot at the championship; but with such a competitive field it requires you to give everything you got, especially with a turbo six cylinder.”

Equally wary about competitive consistency has been Andrew Redward, who has a chance at becoming the first internationally born driver to win the New Zealand championship. The Californian ex-pat is one of D1NZ’s most experienced drifters, who is also eager for another strong finish at round four.

“It’s going to be a tough one, Hampton Downs can be difficult because it’s such a short section. A minor mistake can cost you a lot, I’m only two and a half points ahead which is nothing really.

“I want to drive with full commitment but at the same time we need to be careful, there’s still three rounds left to go and if we have a mechanical failure here it can send us right out of the top eight.” says Redward, who like Kelly is keeping a careful eye on the competition creeping up behind him.

Amongst the front runners for the 2015 title is Whangarei based Daniel ’Fanga Dan’ Woolhouse (Century Batteries VE Holden), sitting in third place the two-time former champion is showing strong form behind the wheel of a new car.

The D1NZ Pro-AM Development Series is also shaping up to be a close battle with TJM’s Troy Jenkins still holding onto the series points lead despite being knocked out early in the Top-16 in Tauranga, alongside Adam Davies (Mimico Team DSR S14) & privateer Joel Patterson (Toyota AE86) who have been the strong frontrunners in the Pro-AM points race this season.

Round four will be the turning point in the championship before the series heads to Christchurch in the South Island, event organisers are encouraging fans in the Hamilton & Waikato region to show their support for their favourite teams and drivers.

Hampton Downs will also play host to New Zealand’s first ever “Drift Race’ – an entertainment race format that has gathered popularity in Japan.

Managing Director Brendon White says fans will be in for a treat when a field of top D1NZ Drift Cars go head to head in a 6 lap sprint race, which requires drivers to navigate a compulsory drift section or suffer time penalties.

The race will also feature a compulsory tyre change and has attracted the attention of a number of top D1NZ drivers.

“This is going to be a bit of fun at the end of main competition day, we’ve had great interest from a number of drivers from both the Pro-Class and Pro-AM Development Series, in fact Shane Van Gisbergen was the first to put his hand up.

“We’re still fine tuning the race format, but you can expect some wild action through the course.” says White, who is looking forward to breaking boundaries with an experimental mix of traditional drifting and circuit racing.

The fourth round of the Demon Energy D1NZ Drifting Series will roar into action next weekend over the 20th and 21st of February at Hampton Downs Motorsport Park, for full event information visit www.D1NZ.com