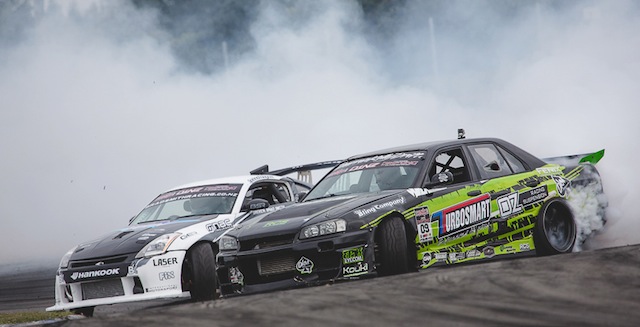 The 2015 D1NZ Grand Final, set to be held at Pukekohe Park Raceway over May 23rd & 24th, is expected to attract a huge crowd over the two-day weekend spectacle.

Regarded as the spiritual home and birth-place of competitive drifting in the country, series organisers rejoiced after winning a three and a half year battle to bring D1NZ back to one of the fastest drift sections in the world, with car speeds reaching over 200kmph into the infamous Pukekohe sweeper. 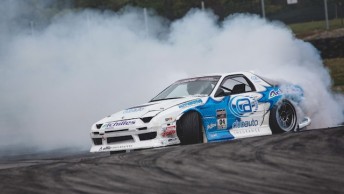 “We’ve been working so hard over the past three years to make a return to Pukekohe, and finally with all the right paper work in-place we’re thrilled to be coming home,” says series CEO Brendon White.

“The biggest thing in life is to never give up, something we as a series kept in the back of our minds as our battle stretched on for three years. In 2011 an abatement notice was served on the series for tyre-smoke crossing the boundary, along with a complaint from a single resident.

Three years on, a lot of research, paperwork and working with local residents the series can now host our grand final where it belongs; at one of the fastest competition drifting corners in the world.” 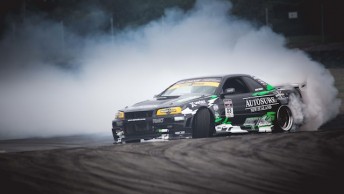 Nearly four years of high-performance development in the series has progressed since D1NZ last visited Pukekohe, with entry speeds exceeding 200kmh it’s anyone’s guess as to how today’s more advanced world-class drift cars will handle competition on one of the most infamous race circuits in Australasia.

Series officials aren’t taking the return lightly, ripping up huge parts of Pukekohe Park Raceway’s Turn 1 sweeper, re-sealing the corner to address the dangerous bumps and undulation that has developed over decades of motor-racing; a move that will also benefit other codes of motorsport.

“This event is set to be our biggest yet after twelve years of running events throughout New Zealand, anyone of the top five drivers in championship contention can take the prestigious D1NZ title, so the title race will go down to the wire on a course that, now, over 70% of our current drivers have never driven,” says marketing coordinator Kenny Ruddell.

“It’s been important for us to return to Pukekohe, it’s an absolute iconic venue in our sport and Turn 1 is the fastest competition drift corner in the world.

“There are people flying from Australia, America and other corners of the globe to watch the event, and Pukekohe is the only venue in the country that enables us to hold such an amazing setup to witness this kind of extreme motorsport. It’s a huge weight off our shoulders to have what will be an annual event at Pukekohe once again”

As highlighted earlier, the journey to the new annual grand final has not been an easy task for series organisers.

“For a start, not one organisation offered support in the form of a way forward to get back to the venue and the cost of research, environmental reports and consents topped into the tens of thousands of dollars.” says D1NZ CEO Brendon White

“Having our consent granted is one thing, now we have a new hurdle of addressing the deterioration of key parts of the track, which don’t affect traditional motorsport categories as much as our cars sliding sideways at such dangerous high speeds.

“We’re now inputting tens of thousands of dollars more into investment for the future – we need to make the venue safe for drivers competing at high speeds. In the end some key people within the Auckland Council and at the venue stood by us in our goals and it made all the difference to get the final nail in the coffin, something the series is very grateful for.”

The 2014/15 D1NZ Championship tour has brought world-class competitive drifting across the country including events held at Manfeild Raceway in the Manawatu, Mt Smart Stadium in Auckland, ASB Baypark Stadium in Tauranga, Hampton Downs in the Northern Waikato and Mike Pero Motorsport Park in Christchurch.

The national competition now culminates at the Pukekohe Raceway Grand Final, where 60 of NZ’s best drivers will ensue their final battles across both the Pro-Championship series and the Pro-AM Development Series.

The previous event held at Pukekohe Raceway featured a bumper crowd with an adrenaline fuelled atmosphere, with the fastest entry over the weekend being clocked by Daynom Templeman at 205kph, after three years away it is unknown how fast the newer D1NZ cars will be, and if a higher entry speed can actually be handled by drivers around the corner.

To that end, there are many conditions the event will follow in-line with its new resource consent, but none of which should affect the fans overall enjoyment.

Organisers are also happy to enjoy the recent investments from V8Supercars Australia and Auckland City’s ATEED, with the venue having a makeover with upgraded infrastructure from the now defunct Hamilton 400 street circuit.

The first grand final announcement was launched on the 1st of March with a short film called ‘Never Lift’, a thrilling viral video that has been viewed by more than 240,000 fans on the series Facebook page.

“The response for the grand final has been phenomenal; we’re really looking forward to ending the season with an action packed show.

“It’s the perfect place to hold a grand final and with thousands of fans packing out the stands it’s going to be a great atmosphere, if you’re a petrol head this is one event you do not want to miss.” Says D1NZ CEO Brendon White.

The Pukekohe Grand Final will offer a wide range of ticket options with VVIP being the best of the lot, with cheaper VIP tickets available for $140.00 per ticket with elevated grand-stand seating plus food and light beverages served both days. For full ticket and event information visit iTicket.co.nz or D1NZ.com