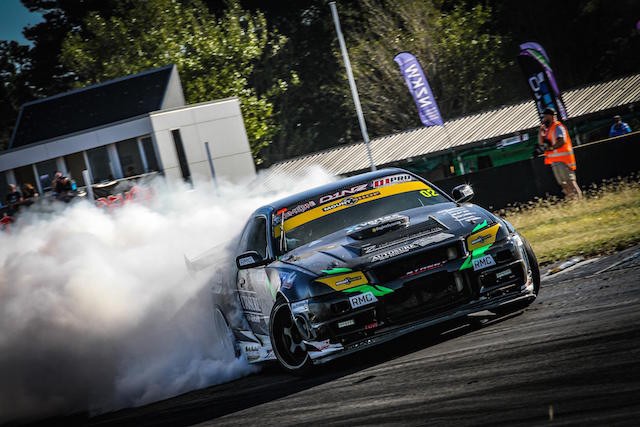 MEDIA RELEASE: Pukekohe Raceway will once again roar into action with the Demon Energy D1NZ New Zealand Drifting Championship being held in three weeks’ time, where some of the best drivers in the Southern Hemisphere will attack one of the fastest drifting circuits in the world on ANZAC weekend (April 23rd – 24th 2016).

For the first time ever, New Zealand and Australia’s best drivers will also go head to head on the daunting concrete-lined drift course with speeds reaching over 200 kilometres an hour for the final round of the inaugural Hi-Tec Oils Trans-Tasman Drift Championship, a four event series that saw eight Kiwi’s compete at Winton Raceway and Sydney Motorsport Park late last year.

Arbolino recently won Round 3 of the Trans-Tasman Drift Series held in Christchurch, and is looking forward to his Pukekohe debut.

“From what I’ve heard Pukekohe requires big commitment, but I’m sure us Aussies have what it takes to be competitive. Coming to New Zealand in the lead of Trans-Tasman I knew I had to have myself and my car 100% in order to maintain my lead in the points.

“D1NZ hosted one of best drift events I’ve been to and the drivers and teams were awesome. Team Australia worked together and what a better way to end Christchurch with three Aussies in the semi-finals and myself winning the final battle heading into Pukekohe.”

“It’s been an amazing journey with both Team NZ and Australia, the Trans-Tasman competition has really united the countries Drifting categories.

“To finish our season with a huge grand final on ANZAC weekend really means a lot to everyone. The traditional Rugby and League games have no friendly rivalry this year so we hope to do the weekend justice with a motorsport flavour.

“It’s a fitting finish to both D1NZ Demon Energy Series and the Trans-Tasman Series at the spiritual home of drifting in New Zealand,” said White.

Last year the series finished an extensive and expensive resource consent battle to bring D1NZ back to Pukekohe Raceway, part of the return was an agreement to host an international event in the second year.

Unfortunately for organisers heavy rain hampered the popular return of Pro-Drifting to the venue, though a near 10,000 strong crowd still braved the wet conditions to see Darren Kelly crowned the 2015 New Zealand Drift Champion.

The final round of the newly formed D1NZ Pro-Sport class will conclude where Chad Mckenzie in the Waitara Tyres R32 Skyline secured the Championship after Round 4 at Hampton Downs, however the fight for the final round and placing for the rest of the field is still well alive.

“Last year didn’t go too good for me in the wet conditions but I was loving it in practice, unfortunately I spun in my battle during the main event,” said Nico Reid, a former development series winner who is the hot favourite to win the 2016 championship at Pukekohe after a historic four in a row round winning streak this season.

“Pukekohe in the dry is completely different, there is no other way to hit it but go faster – pedal to the metal, I’m not afraid to take on whatever that track throws at me.

“It definitely feels good coming off four wins, I didn’t even think it could be done let alone doing it myself, but hey at the grand final I’ll have to put all that behind me and focus on getting the job done.

“It’s easy saying it, but doing it is two different things – especially at Puke where the speed separates the boys from the men.” said Reid.

Things won’t be made easy for Reid and the rest of the championship contenders, top stars including defending champion Darren Kelly (Hi Tec Oils R34 Skyline), Daniel Woolhouse (Century Batteries Holden Commodore), Dave Steedman (Ryco 24/27 Nissan Silvia) and Cole Armstrong (V Energy Nissan 250GT) are all looking to solidify their season standings and compete for the round win at the infamous Pukekohe Raceway.

Action kicks off over ANZAC Weekend – April 23rd and 24th at Pukekohe Park Raceway.
Gates open 9.30am each day with Practice on Friday, Pro-Qualifying and Pro-SPORT on Saturday
The main event D1NZ Pro-Championship Grand Final on Sunday, alongside the final round of the Trans-Tasman Drift Series. Other entertainment includes an Automania Show ‘n Shine car display, Trade Stands, NZ’s best BMX riders as well as 50+ of Australasia’s best drifting stars on show.

Full ticket and event information is available at www.D1NZ.com 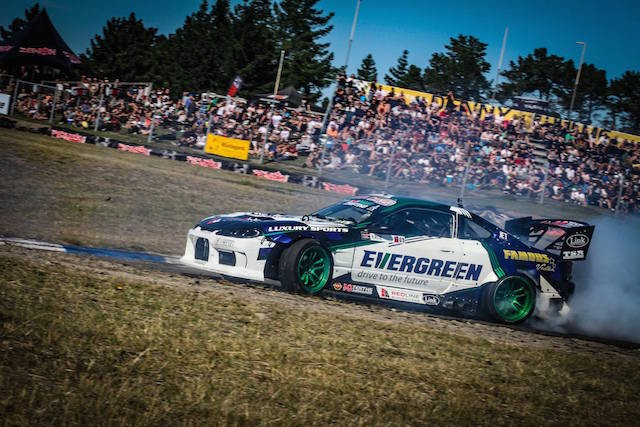 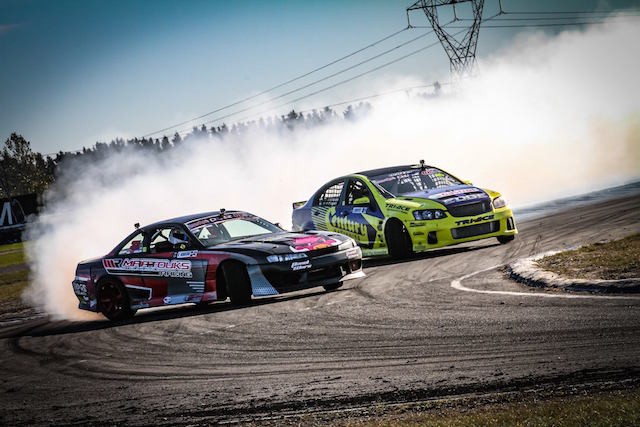