Daylesford Speedway is back, family fun this Sunday watching racin’ in the basin’

Daylesford Speedway is back, family fun this Sunday watching racin’ in the basin’ 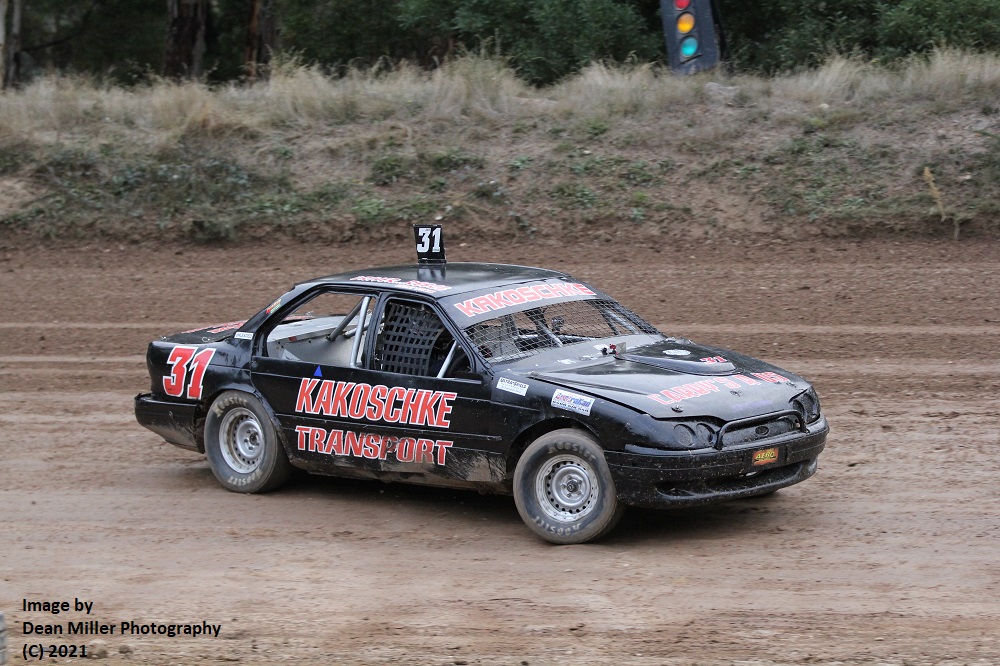 This Sunday the Daylesford Drivers Association open the gates to their Speedway for another full day of racing from early in the morning to around 5pm beginning with the ‘Christmas Cup’ for the Victorian Junior Quarter Midget racers before the state points series of the 1200 Junior Sedans and the Junior Sedans both classes of the Victorian Speedway Council headline the rest of the day that includes all Daylesford member classes plus the Standard Saloons.

This weekend is ‘Best Presented’ weekend. At the start of the season all the members of the Daylesford’s classes present their race cars at their best, so awards will be won on the best presented race car before they go out and get scratched and banged around a bit all for our entertainment.

The Club and its members are very keen to get stuck into racing after Covid conditions shut the sport down and kept it closed until recently. Weather in the run into the season has not been kind and it’s been difficult to get into the Basin to do maintenance and members have been putting in the big effort in recent few terrific days of weather to dig in and get the venue ready.

The ‘Christmas Cup’ for Junior Quarter Midgets starts early in the morning for those that are keen to get out in a fresh morning air and sit down to some breakfast and a coffee and enjoy the future stars from the Junior Quarter Midget world. Boy there are some generational names coming through amongst these five year old and ups.

Daylesford’s A Modified class has a healthy starting field of eleven drivers entered. Reece Kakoschke steps up from Junior racing to begin his adult career and he will be up against some seasoned veterans of Daylesford in the field. Peter Jenner, Leon Argent, Phil Botheras and Steven Warlond will be some drivers with experience that he will need to overcome.

In Street Stocks Daylesford top three club members from last season Des Robinson, Glen McCoubrie and Chris Hay are all in to start the season. Add to the competition the likes of Jordan Ellifson, Daniel Carter, Stephen Brook and Steven Hardie and the competition is going to be entertaining, one way or the other.

In Daylesford Juniors Bailey Kakoschke and Jhett Cruise are the more accomplished racers however with a handful of competitors, it gives Ben Carrington, Blair and Amiley Botheras all a chance at a potential winning result.

The Daylesford Ladies field is looking at little different than last season on the first show of the year. Ladies with experience around Daylesford such as Marlena Argent, Richelle Jenner and Chloe Graham should figure strongly on Sunday.

Victorian Speedway Council action includes the Standard Saloons, and the field should provide some fierce racing on Sunday. Tim Hutchinson, Matt Leek, Nathan Hutchins, Dean Pedersen, Rick Stowe, Patrick Walsh, and the Cormack boys, will all be amongst the action. Watch for Bailey Sinclair, based on his drive last weekend, he is developing fast.

Junior 1200cc Sedans are competing on the back of having just heard that their Victorian title in the 22/23 season, will be at Daylesford. In what is a Victorian state series round, Arthur Hutchinson, Bryce Leek, Riley Taylor, and Harry Dunn are some of the competitors in action. Hutchinson won at Alexandra last week and with Daylesford his home track, he is keen to be number one, once more.

Another Junior class having Victorian state series competition is the VSC Junior Sedans. In this field Dylan Barrow, Rhys Meakins, Riley Balins and Hunter Carey are just some of the racers that will provide terrific action at the front of the field.

Recent work by members has upgraded a number of the important areas of a club’s operation, such as timing box and a competitor sign in box. With more great support, there is more structures and improvements happening soon.

Visitors this weekend will notice development on the club canteen and bar area. The Canteen and Bar and some loyal vendors at the club will be operational Sunday.

All adults are $15 to enter, whilst any nominated race driver, Life members & aged pensioners are $10. Children 13 to 17 are $5 each and twelve and under are free, no family ticket at these prices.

The venue has catering food van on site and a canteen for cold drinks.

Junior Quarter Midget racing starts between 9 and 9.30am, Sedan Racing begins at Midday and the gates open early from 8am with competitors due at the track by 10.30 and pit gates shut to racing entrants by eleven