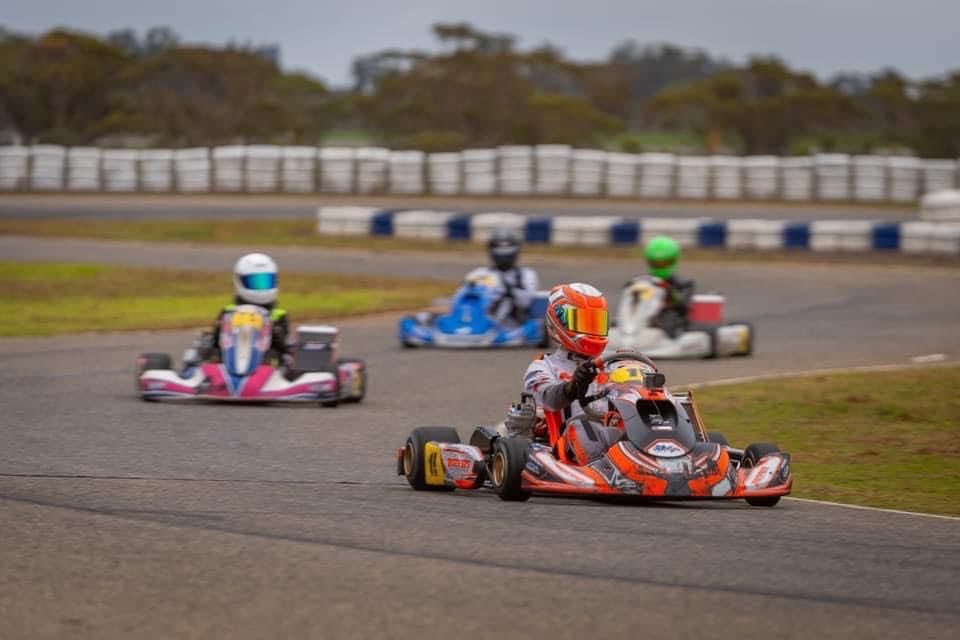 Cohen Day took to the track over the weekend in his Tecno Karts Australia entry and the Mildura Kart Club’s North West Titles. Day was running in the feature TAG 125 Light class and was looking to come home with a strong result after a busy start to the 2022 season. Day had race in juniors and seniors but has been looking to make his mark in the TAG 125 and X30 class for the remainder of season 2022.

Cohen was ready to go in the opening few heat races and was determined to put himself right in the battle for victory. Heat one and two, Day had great battles and ran at the front of the field and was pushing hard to take victories. Cohen got excellent points to start his weekend off and had an excellent victory in heat two by over a second half, setting up a brilliant start to his weekend. Day and Tecno Karts Australia team now had the confidence they could take victory, their target now was to stay there.

Heat three was an epic battle between the front three drivers with Day dropping back to position three off the start. The Tecno Karts Australia team driver settled into third place in the first half of the race stalking the top two. Cohen was able to make a move for second spot on lap four and be right behind the race leader. In a race with multiple lead and positional changes, Day was able to cross the line in an excellent second position!

After a heart stopping, action packed third heat, Cohen was looking to go one better in the final heat before the final. The Tecno Karts Australia team driver got an excellent start and was able to find the lead straight away. Day was able to set the fastest lap of the race and open up margin on the rest of the field as the race went on. Cohen took another heat victory by over a second and a half putting him in good confidence going into the final.

The final had come around and Cohen was looking to take home victory and new the start was crucial to his charge. Day got an excellent start and was able to lead away in the opening lap and first half of the race. The Tecno Kart Australia chassis was working well and Cohen had been able to open up some margin on the field. In a terrific display by Cohen and the team, Day was able to take a lights to flag victory and take out the North West Titles!

Cohen’s father Lincoln spoke post weekend on a proud moment for his son. “It was amazing to see Cohen excel in a sport he loves, not only by setting the fastest lap multiple times but also holding his place in position one and taking the win for his first ever race in Tag. It was a very special moment and we are really proud of him and we look forward to seeing him in his next race”. Day will be a driver to watch in the senior ranks in 2022.