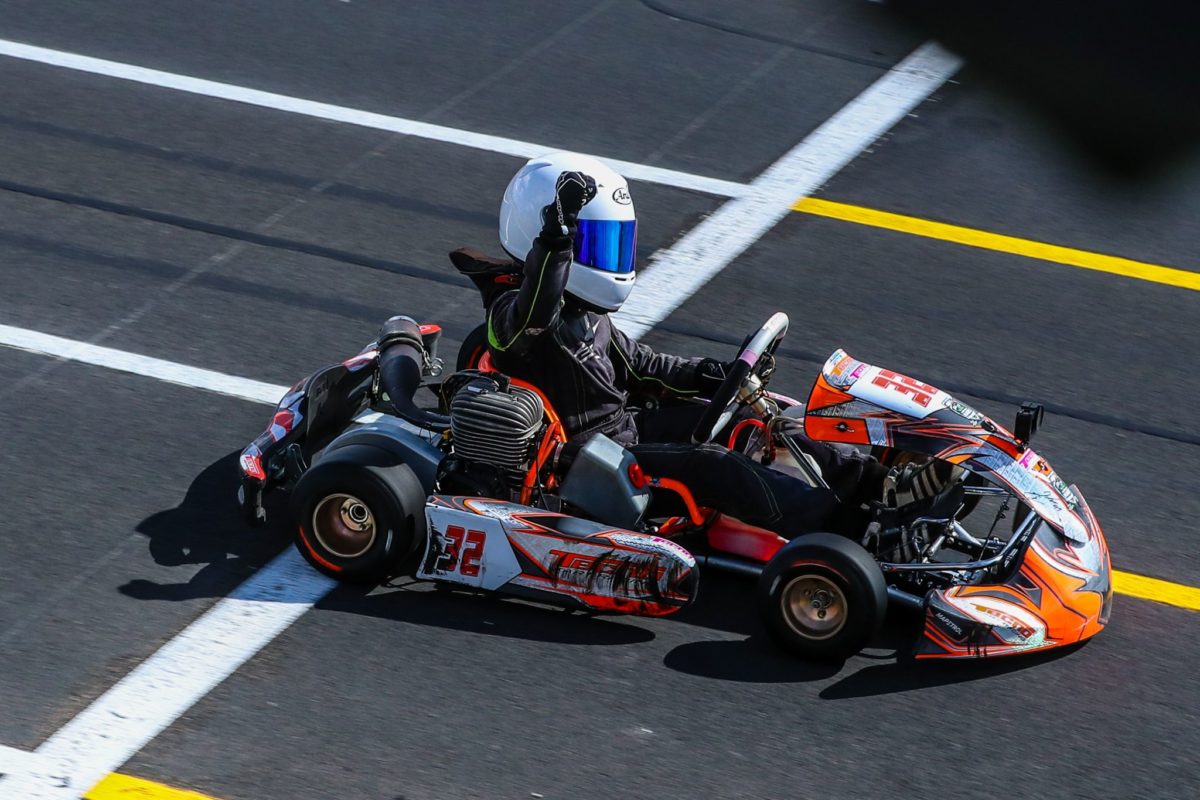 Tecno Karts Australia took on the final round of the SP Tools Australian Kart Championship.

Tecno Karts Australia has already taken out two round wins in the championship along with a podium and was going into the weekend looking for more silverware.

With six drivers across five classes, the team were in for a busy weekend of racing.

Jenson Damaschino was looking to take the third consecutive round win for Tecno Karts Australia in the Cadet 9 ranks.

Damaschino, who took out the third round of the championship, was able to qualify in the top five and was looking to the heats to move forward.

Jenson had an unfortunate DNF in Heat 2 but didn’t leave the top three in his other heat races.

Damaschino was right in the fight for victory in the final and the nerves were high for the team.

Damaschino was able to take out victory and his second round victory in the championship.

Cruz Kelly had done enough to seal the championship for Tecno Karts Australia, while Tecno karts user Blake Haigh crossed the line in third and on the podium.

Chadd Moore took on the KA2 Junior category in his Tecno Kart entry.

Moore qualified in 41st but raced around the edge of the top 20 in his split heat races.

A Heat 1 DNF hurt his starting position but Moore was able to move up seven spots from qualifying, crossing the line in 33rd in the premier junior class.

Brown qualified inside the top 30 in 29th, while Rayner was unfortunately excluded from qualifying after being 200 grams underweight.

Both drivers were able to finish the final in the high calibre field.

Smith qualified just outside the top 20 24th but made up 11 positions in Heat 1 and another spot in Heat 2.

Smith was racing on and inside the top 15 for the remaining two heats and looked on for a strong result.

Matt had an unfortunate DNF in the final which brought his Tecno charge to an end.

Day qualified in 5th and was on the move in the heats making up eight spots in Heat 1 and six in Heat 2.

Cohen continued his charge forward and look like he had superb pace to offer in his Tecno kart entry.

Day started out of 20th and put in one of the drives of the season moving up 16 spots across the 20-lap final in a dominate display.

“What a way to end the year, three wins, three runners up and a green plate all in our first year.

“We are super proud of our team and how far we’ve come in such a short time.

“We look forward to seeing what the 2023 Australian Kart Championship has in store for us.”

Tecno Karts Australia will continue their resurgence into the 2023 season.