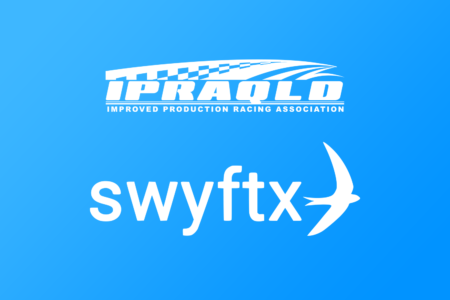 Improved Production Queensland has secured a major sponsorship package through one of Australia’s largest cryptocurrency exchanges.

Swyftx, which has more than 300,000 users around the country, will support the series for the remainder of the championship. It is believed to be the first move by a cryptocurrency exchange into Australian motorsport sponsorship.

The sponsorship package includes naming rights, meaning the remaining two rounds of the series will be known as Swyftx Improved Production Queensland.

This is the first partnership that Swyftx has put together in the motorsport industry and Chris Vanek, Chief Marketing Officer for Swyftx, could not be more excited.

“It’s a very exciting time with Cryptocurrency becoming more mainstream daily. Integrating Crypto into Improved Production Queensland, being a long-standing racing series, is a huge step in the right direction and a massive opportunity for Swyftx, IP and the adoption of Crypto at large”, said Vanek.

Improved Production Queensland Media Manager, Lee Wallis, has been working closely with Swyftx to set up the partnership.

“It’s great to have such an exciting company like Swyftx come on board with Improved Production Queensland,” said Wallis.

“We have been working extremely hard to make sure that the 2021 championship finishes the year strong. Swyftx has come on board as our naming rights sponsor, and we will have some great promotions to accompany that”.
Hi
The next round for Swyftx Improved Production Queensland is 27-29 August at Morgan Park Raceway promoted by The Queensland Racing Drivers Association Inc (QRDA).