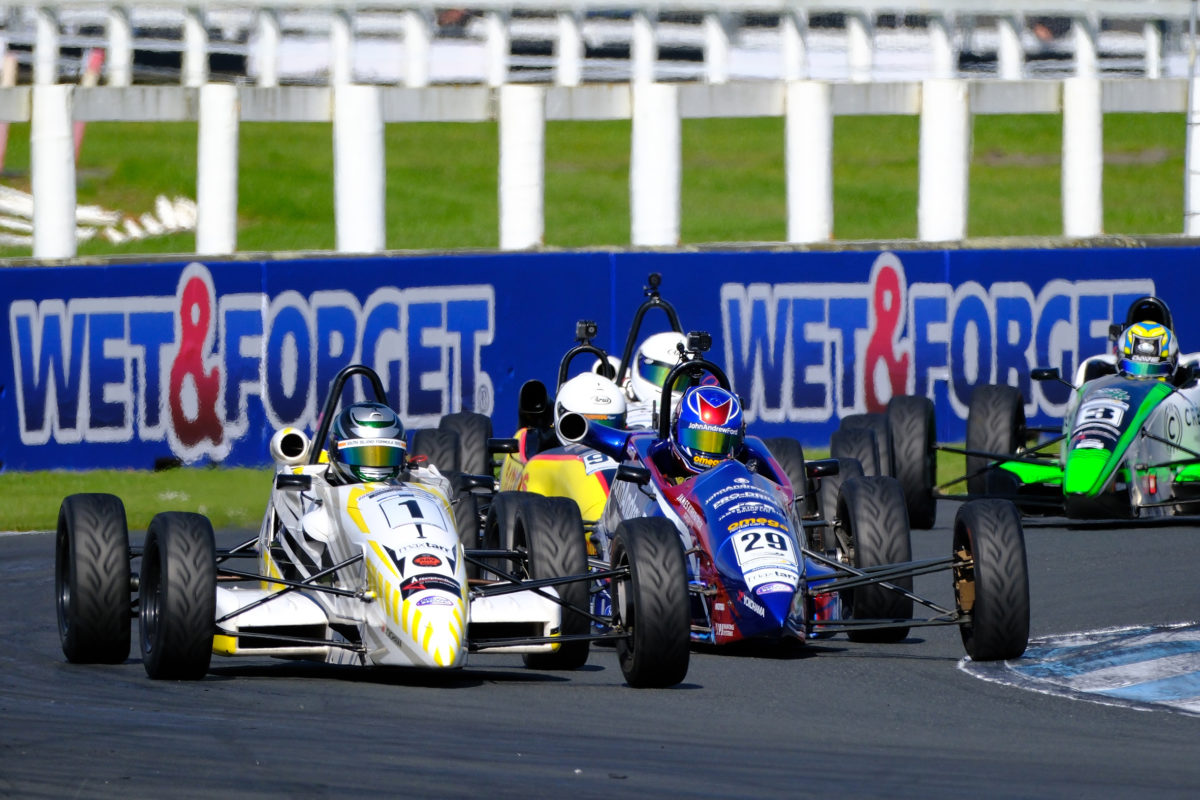 Southland’s Alex Crosbie came away from the Supercars weekend at Pukekohe Park Raceway in Auckland as winner of the second round of the 2022/23 Giltrap Group North Island Formula Ford Series (NIFF) in association with Napa.

“It’s pretty exciting to win this meeting with such a big crowd and the last Supercars event at this track is very special,” commented Crosbie.

Initially Sceats set a blistering pace in qualifying with a 1:10.1350 second lap, 0.7050 ahead of Crosbie with Blake Dowdall third fastest ahead of Leo Scott (Spectrum 010) and Zac Christensen (Ray GR20).

In doing so, Sceats collected the $500 cash prize for fastest qualifier provided by the Hampton Downs NZ Racing Academy.

Sceats then went on to win a close Race 1 on Saturday from Crosbie by just 0.0390 seconds with Scott third ahead of Kyan Davie (Spectrum 015) and Christensen.

“The first race was really close up front,” said Crosbie.

“I got passed Liam a couple of times, then on the last lap I thought my chance to get passed him would be out of the hairpin with a draught to the finish line.

“It was close but not close enough. It was really good getting second in only my first race at Pukekohe.”

In the second race, Crosbie won ahead of Scott, David, Dowdall and Mason Potter (Van Diemen Stealth) with Sceats in sixth having been penalised five seconds for a jump start.

The race coming to an early conclusion (red flag) after Christchurch’s Simon Hunter (Mygale) crashed coming over the hill onto the main start/finish straight.

Unfortunately, the third and final race was red-flagged after a major incident coming onto the back straight when race leader, Zac Christensen, was spun around after a mechanical failure, resulting in a number of cars coming together.

“In the third race I was in third most of the time,” said Crosbie.

“When Zac spun, I was able to get by. There must have been quite a carnage behind us as the race was eventually stopped.”

Sceats was awarded his second win of the weekend ahead of Christensen Crosbie and Matt Hamilton (Van Diemen Stealth).

While Sceats came away with two race wins, his sixth placing put him second overall for the round behind Crosbie with Christensen third and Davie fourth.

The category was part of the support classes for the ITM Auckland SuperPrint round of the 2022 Repco Supercars Championship round won by Kiwi Shane van Gisbergen.

“I learnt a lot in Formula Ford,” said van Gisbergen over the weekend. “It’s definitely the best way, I think, for a driver to learn race craft and how the car moves around a lot.

Formula Ford is the best place for someone to get out of karts and go racing.”

The next round takes place again at Pukekohe Park Raceway (long track) on 8 October 2022.

Sceats continues to lead the Series from Crosbie, Dowdall, and Potter.