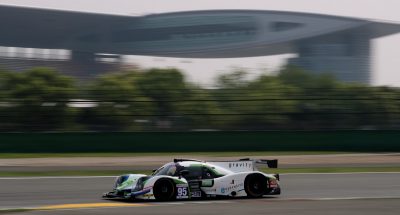 Craft-Bamboo Racing are ready for a return to form in the China Endurance Series at the Ningbo International Speedpark as they welcome two new drivers to help them secure some top results. Last season’s drivers’ champion James Winslow is joined by Tanart Sathienthirakul, who returns to Craft-Bamboo Racing after racing with the team in 2015. Newcomer Jeffrey Zee will step into a prototype for the first time and pair with Nathan Kumar who is hoping to further build on his double points finish from round one. After the team’s unfortunate luck in the opening round, they have been hard at work to ensure a return to form in round two.

With a tyre puncture robbing the #95 Ligier of a podium result in Shanghai, Winslow is determined to fight back in Ningbo. It will be a new circuit for the #95 driver but his experience in the Ligier JS P3 should see him adapt quickly. With further development work put in by the team since Shanghai, the car should provide a solid platform to mount a challenge for victory once it is dialled in after the early practice sessions. Neale Muston who contested round one with Winslow has prior business commitments to attend this weekend but will return to the team for the following round. Sathienthirakul re-joins Craft-Bamboo after competing at Autopolis in the GT Asia Series in 2015 and pairs with Winslow once again after they raced together in the Asian Le Mans Series. The Thai driver, who currently races in the Porsche Carrera Cup is a rising young talent in Asian motorsport and makes a formidable pairing with Winslow this weekend in the #95. As a previous podium scorer in the Asian Le Mans Series and driver of the Ligier JS P3, Sathienthirakul is eager to take the next step in his prototype career by reaching for the win in Ningbo.

Nathan Kumar enjoyed his first round in a prototype in Shanghai and is keen to further climb the ladder this weekend at the Ningbo International Speedpark. With the new circuit creating a level playing field for most drivers, Kumar hopes to extend his two points finishes and break onto the podium. Joining him this weekend is Jeffrey Zee, who is a newcomer to prototypes but has good experience in Chinese GT racing. Competing in Sino GT and in the GT Masters, Zee has taken podiums in both the P2 and GTC classes respectively. In 2016, the Chinese driver took on the open wheel category in the BOSS championship, scoring two wins and a podium in the R class. He now joins Craft-Bamboo hoping to expand his motorsport repertoire. Zee is ahead of the curve and has been able to secure some valuable circuit time in Ningbo, which should bode well for his first foray in a prototype. Zee will be able to focus on getting to grips with the new car and will be able to provide Kumar with some crucial inside information on the new 4.015km circuit. The combination of skills from each driver should perfectly compliment each other and go towards building a very strong amateur pairing that is focused on the podium.

Craft-Bamboo has worked hard since Shanghai to make further leaps in performance and the team is concentrated on returning to the winning form displayed in the inaugural season of the Chinese Endurance Series.

“We are looking forward to Ningbo, it is the first time the team has been to the track and it is going to be a really exciting event. We are happy to have Tanart back with the team, he drove with us in 2015 in the Aston Martin and to have him in the P3 is great. He has driven with James before which is a positive and has some good experience behind him. Jeffrey Zee joins Nathan and they should make a good pairing in the AM class, they are both up and coming drivers who are learning a lot, so the goal is to help them progress as much as possible through the weekend.”

“I’m glad to be back with Craft-Bamboo Racing again and this time in a LMP3 car. It has been a while since I last drove this car, but I am really looking forward to racing in this car again. For this upcoming weekend my goal is to secure a victory as I believe we have one of the strongest drier pairings on the grid with my teammate, James Winslow.”

“I am excited to be undertaking a new challenge at Ningbo international Speedpark this weekend, we will be on the push for a solid points haul. I am also looking to welcome Jeffery to the team as my co-driver for this round. It is always a pleasure to work with Craft-Bamboo Racing.”

“I’m really looking forward to this new challenge in an LMP3 car. Previously, I’ve only driven GT cars, so it will be interesting to try a prototype. I’ve recently driven at the Ningbo circuit, so I will put my focus onto adapting to the new car and it will be a great experience to work a professional team like Craft-Bamboo Racing.”