Cox returns to championship at Gisborne

Cox returns to championship at Gisborne 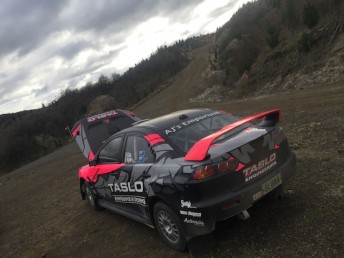 Cox is pairing up for the first time with experienced co-driver Erin Kyle and the pair are aiming to record a top result.

After missing the opening rally championship round due to a clash with Race to the Sky, (where Cox finished 4th overall in his first attempt), the Cox Motorsport team chose to miss the next two rounds in the South Island to continue working on the problems plaguing the Taslo Engineering Mitsubishi Evo X rally car.

Finally after two successful test days Cox feels they are on top of the previous issues.

Cox’s Dad, Steve and co-driving sister Tarryn, competed in the Rally of Rotorua on the roads being used for Rally Gisborne numerous times, with the last being in 2006. Steve was keen for his son to compete in the event in 2007, unfortunately the event never returned.

“At the start of my rallying career, I missed out on competing in Rally Rotorua by one year due to my age, Dad and Tarryn would always talk about the Motu stage, I can’t wait to finally get a chance to compete on the infamous old Rotorua rally stage myself,” states Cox.

Rally Gisborne gets underway with a ceremonial start at 5.00pm this Friday 26th June, with the action kicking off from 8.30am on Saturday morning.

The team will cover 145km of competitive stages, including two super special stages before finishing at Reads Quay in Gisborne.

Cox is hoping the team’s preparation before the event will lead to a podium finish.