Confidence ahead of the Le Mans dress rehearsal in Spa

Confidence ahead of the Le Mans dress rehearsal in Spa 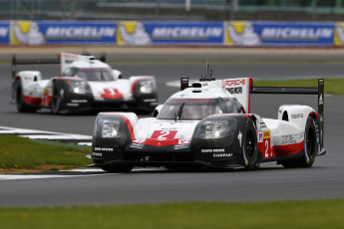 The six-hour race at Spa-Francorchamps (BE) is far more than just the second round of the FIA World Endurance Championship WEC: The race on May 6 is known as the dress rehearsal for Le Mans. The Porsche LMP Team enters in Spa, as well as at the 24-hour classic in Le Mans (June 17/18), two Porsche 919 Hybrids with the same six works drivers. Reigning world champion Neel Jani (CH) has the number 1 on the car he shares with André Lotterer (DE) and Nick Tandy (GB). The number 2 sister car belongs to Earl Bamber (NZ), Timo Bernhard (DE) and Brendon Hartley (NZ). After finishing second and third at the season’s opening round in Silverstone (GB), Porsche heads to the Ardennes mountains leading the manufacturer standings.

In the duel with Toyota at Spa and Le Mans, title defender Porsche is one car less compared to the Silverstone winning squad which enters three prototypes in both races. Regarding the aerodynamics of the Porsche 919 Hybrids, the focus remains on preparing for the season’s highlight in France. The aero package with low downforce, however, provides some advantages in Spa on the long flat-out sections. Also on top of the job list is sheer power because the 7.004 kilometre long Grand Prix circuit offers huge altitude differences.

The 30-car WEC field is divided into four classes for prototypes and GT sports cars. The six-hour race gets underway on Saturday 14:30 hrs. It can be followed live on the internet and TV from basically all over the world.

The Porsche LMP Team before the Spa race

Fritz Enzinger, Vice President LMP1: “On the one hand, the second championship round is a kind of a dress rehearsal for the Le Mans 24-Hours in June, but on the other it is our next chance to collect points on our title defence mission. The opening race in Silverstone was quite an obstacle to overcome with our low downforce Le Mans aerodynamics. The team managed that very well. We are leading the constructors’ standings before Spa and we want to keep that position.”

Andreas Seidl, Team Principal: “The Spa rollercoaster provides such a variety of demands, that you always need to find compromises. It’s a split to create a car set-up that is suited for the long flat-out sections but one that also enables the drivers to handle the car through the winding middle sector. Regarding aerodynamics, due to regulations, we are less flexible than in 2016 but I regard the 919 Hybrid well armed in this respect as well. In terms of reliability and team effort, Silverstone was first-class. We now want to deliver another flawless performance in Spa.”

Drivers Porsche 919 Hybrid car number 1:
Neel Jani (33, Switzerland): “I think we can really look forward to Spa. Our performance in Silverstone was very encouraging given the fact we were racing our Le Mans aero kit. In Spa, it will be well-suited for the long high-speed sections of sectors one and three. For the twisting middle sector, higher downforce would be better but it remains to be seen how much we will lose there compared to the competition. Another aspect is the weather: In the case of heavy rain, I see the advantage going to Toyota.”

André Lotterer (35, Germany): “Spa is like a home race for me. From when I was a three-year old, I grew up pretty close and later we had a kart tuner next to the circuit. The track is one of the most beautiful ones in the world, embedded into a great scenery. I like every inch of the track. The depression of Eau Rouge requires some braveness if you take it flat. There you also have to handle lapping manoeuvres tactical and eventually have to lift early in order to avoid loosing momentum for the uphill Kemmel straight. Belgium is quite a small country but remarkably it has many motorsport enthusiasts. I’m very much looking forward to racing with Porsche there for the first time.”

Nick Tandy (32, Great Britain): “I remember very well driving the 919 for the first time in a race in Spa in 2015. It is a circuit very well suited to our high-performance race cars. The fun parts for me are in the winding middle sector but I also like the last sector a lot when you come from high speed and have to deal with bumps before the very tight Bus Stop chicane. This is something where a driver and good set-up work with the engineers can make a real difference. Regarding competition, I think we can be very confident after Silverstone and it will be very interesting to watch the Toyota cars if they compete in different configurations.”

Drivers Porsche 919 Hybrid car number 2
Earl Bamber (26, New Zealand): “Spa is one of the very few circuits I at least have some experience of driving the 919. When I was in the Porsche Simulator in Weissach before the 2015 race, I was surprised how fast I could go through Eau Rouge and then doing this in reality was very impressive. This circuit is definitely a special place and I’m sure our low downforce aero kit suits Spa much better than it did for Silverstone.”

Timo Bernhard (36, Germany): “Next to the Nürburgring, Spa is like a second home race for me. It is only 200 kilometres from home and it is a brilliant circuit with a very natural and unique character. To manage a really good lap there in a Le Mans prototype is extremely rewarding because the track isn’t an easy one at all. It has fast and slow corners that flow into each other. I fell in love with Spa back in 1998 when I finished sixth straightaway in a huge Formula Ford European Championship field. I have also done the Spa 24-Hours three times. However, so far it is a one-sided love affair between me and the circuit – I have often led races there but have never won. I want to change that in 2017.”

Brendon Hartley (27, New Zealand): “We had a strong team performance in Silverstone that we can be proud of but came up six seconds short of the win. We will all work extremely hard to climb one step higher on the podium in Spa. We expect another close battle but will arrive there with confidence.”

TV and live streaming:
– The official WEC App can be downloaded free of charge with an extended (not free of charge) version available which includes full live streaming and full timing. The live stream is voiced by the FIA WEC TV team including live interviews from the pits.
– Eurosport (Channel 511) will broadcast the final half of the race live in Australia on Sunday May 07, from 1:30am to 4:40am.

The Porsche 919 Hybrid:
The Porsche 919 Hybrid has been widely reworked for the 2017 championship. 60 to 70 per cent of the Le Mans prototype’s components are new developments. This especially concerns the areas of aerodynamics, chassis and combustion engine. However, the power train in principle remains the same. The innovative hybrid race car develops a system power of around 900 HP (662 kW) that comes from a compact two-litre turbo charged V4-cylinder (nearly 500 PS/368 kW) and two different energy recovery systems – brake energy from the front axle combined with exhaust energy. The combustion engine drives the rear axle while the electro motor boosts the front axle with an output of more than 400 PS (294 kW). The electrical energy that comes from the front brakes and the exhaust system is temporarily stored in a liquid-cooled lithium ion battery.

Facts and figures:
– The WEC efficiency regulations limit the amount of energy that can be used per lap. On the 7.004 kilometres long lap of Spa-Francorchamps, the Porsche 919 Hybrid can use 6.37 megajoule of electrical power from energy recovery systems and 1.784 kg/2.464 litres of petrol.
– At normal race speed, the Porsche 919 Hybrid is due for refuelling after a maximum of 24 laps.
– Refuelling and changing tyres may only be done sequentially, not at the same time. Only four mechanics may work simultaneously when changing tyres and also may use only one wheel gun at a time. That takes a lot longer than in F1, for example.
– The drivers are normally only changed when new tyres are needed.
– These different types of tyres can be used: three different compounds of slick tyres for dry conditions, a hybrid tyre (no profile either but softer cover) for mixed conditions and wet weather tyres. Four sets of dry weather tyres are available per car for qualifying and the race, this is two sets less than in 2016.
– For a permanent race track, a lap on the Circuit de Spa-Francorchamps is remarkably long and peppered with 19 corners, many of them being spectacular ones. After the start, the field has to go through the right-hand hairpin of “La Source” before racing downhill to “Eau Rouge” to be compressed through its left-right combination. The uphill “Kemmel” straight leads to the winding back section of the circuit. After snaking through “Malmedy”, “Rivage”, “Pouhon” and “Fagnes”, at the exit of the right-hander “Stavelot” it’s full throttle again until the very tight “Bus Stop” chicane before the start-finish line.
– The circuit is situated in the triangle of the towns Stavelot, Spa and Malmedy. Because the German border is only 20 kilometres away, many race fans from this neighbouring country tend to attend.

Review:
– In 2016, the two 919 Hybrids locked out the front row of the grid. Bernhard and Hartley, who back then shared the car with Mark Webber (AU), took pole position with an average lap time of 1:55.739 minutes. The sister Porsche of Jani, Romain Dumas (FR) and Marc Lieb (DE) started second.
– In the race, Jani/Dumas/Lieb finished second, despite difficulties with the hybrid system. The 919 of Bernhard/Hartley/Webber suffered two punctures and was pitted for more than one-and-a-half hours for repairs of consequential damage (body work and front gearbox). It was finally classified 5th in class.
– Earlier in the race, Hartley set the fastest lap of 1:58.431 minutes.