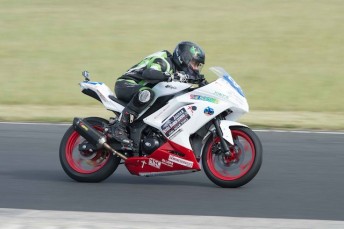 There is only one month to go until the third round of the 2015 Yamaha Motor Finance Australian Superbike Championship presented by Motul Pirelli makes it’s way to Western Australia.

Australia’s oldest and only truly national Superbike Championship will head to Barbagallo Raceway from 22-24 March – to a round that will prove critical in all class championships.

Outside of the Series’ Championship classes, the event will feature two Clubman Classes of competition.

Speaking about the addition of the classes, Motorcycle Racing Club of WA Administrator and Event Coordinator Denise Stronach said that it provided riders with a great opportunity to be part of the national action.

“The Club Challenge classes for this round are based on our State Championship club entry level classes which are the up to 600 clubman class and 601-1000 clubman class.

“They are both very popular classes and we usually have close to full grids for them which is 29 for Barbagallo.

“We’ve had 14 new riders participate at our first race meeting this year and we’re expecting a good flow on for the Australian round in May.

“Some of the riders would be hesitant to enter in the Supersport and Superbike classes due to inexperience, but it is a great opportunity for them to still be part of the national round.”

Both classes in the Club Challenge will be open to C, D and Novice graded riders and entries will be open until close of business on Friday 8 May via www.raceentry.com.au.

For further information on the ASBK Championship visit www.asbk.com.au.