Class Two championship down to the wire at Hampton Downs

Class Two championship down to the wire at Hampton Downs 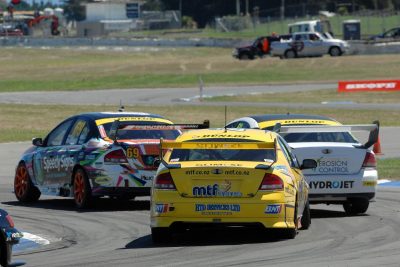 The BNT V8s class two championship will come down to the wire this weekend at Hampton Downs when the sixth and final round gets underway.

Leading the championship is reigning champion Liam MacDonald who sits on 899 points. Just 12 points behind is Chelsea Herbert on 887.

For Herbert, it’s this final round that counts the most as she strives to win her first V8 championship.

“It’s been an exciting championship with the past two of the five rounds being extremely close points wise. The championship lead has gone back and fourth between myself and Liam however it’s this round that counts,” says Herbert.

“It will be survival of the fittest in terms of car reliability, along with smart driving throughout the races. There’s no room for error and all we can possibly afford to bring is our A game. All three of us drivers at the top can walk out of this weekend being champion it’s just going to come down to the performance of each driver on the day.

“I know I’m going to be pushing my hardest in the MTF V8 and being Motorsport, I’m sure there will be some sort of hurdles along the way but it’s going to be about how I jump them which is going to count, as that is all part of the game and winning championships.”

Looking to spoil the party and potentially stealing the title is rookie Brock Timperley who’s mid season form has seen him close the points gap to just 61 points behind MacDonald on 838.

Timperley is coming off a strong performance at Teretonga and Manfeild, where he won both rounds and took all three race wins at Manfeild.

“The plan for Hampton Downs is to win as many races as I can. It’s a very slim chance but anything can happen in motorsport, and that’s what has driven me to not give up hope to become a contender for a podium in the championship,” said Timperley.

Potentially making it harder for the three championship contenders will be other drivers all looking to claim their first wins of the season, so watch for Matt Podjursky, Justin Ashwell, Rob Wallace, and Bronson Porter all to make an impact on proceedings.