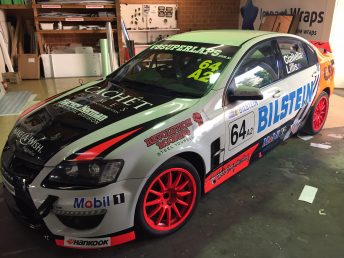 After two years in the Shannons Nationals Super Six Series and being a constant front runner in the WA Saloon Car Series, Chris decided this was the next step. Chris Lillis said whilst he knows it will be a steep learning curve, he’s looking forward to the challenge and the team aspect of endurance racing which the APC Series offers.

The Cachet Homes Motorsport team will be campaigning in Matthew Holts ex VE GTS Commodore which he drove to victory in the 2016 NSW Production Car Championship.

We would like to thank our major sponsors Cachet Homes, Revolution Roofing, CSR and Harvey Norman Commercial and our new sponsors Mobil 1, Bilstein and White Knuckle Promotions.