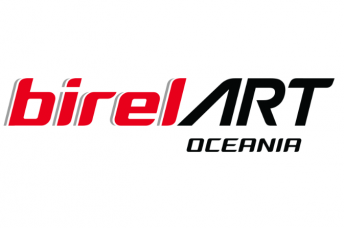 MEDIA RELEASE: Patrizicorse and Birel ART Oceania are excited to announce the arrival of 2012 KZ2 Australian Champion Chris Hays to the team.

Chris arrives with a big motivation in a switch where he hopes to re-ignite his fight for consistent victories and re-gain the title he won back in 2012.

In a two-year deal Chris will line up in the Birel ART machine powered by IAME in collaboration with the two Italian Factories who will provide full support to the Patrizicorse KZ racing team drivers for 2016 and beyond.

“It is with great pleasure that we can announce a star signing like Chris who will line-up alongside our other drivers for the next two years. Chris has a karting career that so many would dream of and his consistency fills me with confidence that he will do a fantastic job for the team,” said Team Owner Michael Patrizi

“Chris works very hard off track to make sure that on track nothing has been left on the table and that’s what I look for most in a driver. Some very influential people in Australian Motorsport have supported him in the past and it doesn’t take long to see why. I’m confident that the Patrizicorse team will be the piece in the puzzle that returns him to the success that he has become accustomed to.”

Understandably, Chris is excited about the next chapter in his career.

“I’m very excited to be heading into the 2016 season with Birel ART and ready for a new two-year partnership with Patrizicorse that I hope provides me with the stability in performance to regain that top spot I had a few years ago,” said Chris.

Patrizicorse finished the year with three pole positions and three runner-up placings in the final four races of the KZ2 season – consistent results that they plan to carry into the 2016 season.

“So far we have three very capable drivers in KZ2 and I believe that all drivers are good enough to win races on any given day. I’m sure that if they work together utilizing our technical package from Birel ART, Ricciardo Kart, IAME and AIM Data systems that the results will flow in 2016,” commented Michael.

Patrizicorse is the exclusive distributor and Importer for all Birel ART products including Ricciardo Kart, RK Kart, Freeline Spare Parts, Easy Kart and the Rental Karts for Australia and New Zealand.