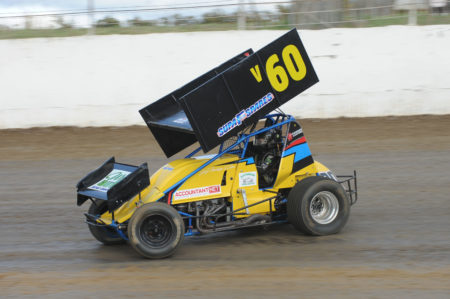 Despite the current uncertain times around the world, youngster Jordyn Charge and his team have been bolstered heading into the 2020-21 season with Victorian Towing Services and SupaF Spares coming onboard as the team’s major sponsors.

Regarded as one of the emerging talents on the Australian 410 Sprintcar scene, the 20-year-old is excited about the new season, especially with the boost of sponsorship support from Victorian Towing Services and SupaF Spares.

“Both Victorian Towing Services and SupaF Spares came onboard with our team last season in minor sponsorship roles, but they have really upped the ante for this coming season,” enthused Charge, who this season is going to run a complete new green colour scheme with the Vic # 60 Victorian Towing Services / SupaF Spares supported Triple X car, which will be revealed closer to the beginning of the season.

“My team and I can’t thank the guys at Victorian Towing Services and SupaF Spares enough for believing in us, because they have committed to us during these challenging times with the coronavirus outbreak and it’s very much appreciated, as it plays a massive part in helping us get out on the track.”

Charge continued by saying that his 2020-21 season campaign is going to be split between 410 Sprintcars and 360 Sprintcars competition.

“Our initial plans are to do as much racing as possible between 410 and 360 Sprintcars, and hopefully the new season can get underway as scheduled around October,” stated Charge, who heads into his sixth season in 410 Sprintcars after debuting as a 16-year-old fresh out of Junior Quarter Midgets.

“When it comes to performance goals out on the track, I’m aiming to be a lot more consistent, especially throughout the entire night in order to qualify for feature races high up in the field and then hopefully being able to bring home a result.”

After an impressive 2019-20 season, which saw highlights in 410 Sprintcars consisting of a second-place finish in the final Eureka Garages & Sheds Series point standings, multiple feature-race wins and a top-10 finish in a World Series Sprintcars Championship round at Premier Speedway and then in 360 Sprintcars he picked up a second-place finish in the Australian Championship and a Gold Cup victory at Hamilton’s Western Speedway, Charge can’t wait for the new season to get underway.

“The new season can’t come soon enough, especially after last season was cut short that caused our extended off season,” he said.

“My family and I are doing all that we can to save up as much money as possible during these tough times in order to be the best prepared for the season ahead as we possibly can.”