Changes for Hawkeswood prior to Otago

Changes for Hawkeswood prior to Otago 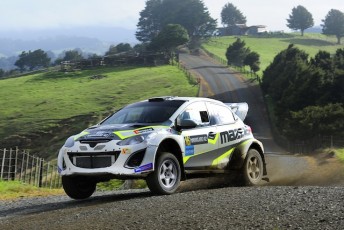 MEDIA RELEASE: rally – Auckland Rally driver Andrew Hawkeswood and his team have been flat out since the opening round of the Brian Green Property Group New Zealand Rally Championship, Rally Whangarei, with plenty of preparation and modification being done prior to this week’s Drivesouth Rally Otago.

For Hawkeswood, the opening round of the NZRC was trying at best when a rollover and a misfire halted progress.

While the team have been busy repairing the car, they have also found time to fit a new turbo and update the suspension design in the Mazda 2, bringing the car more in line with the newer generation Mazda 2 Hawkeswood will debut later in the season.

The Dunedin-based event is one that has treated Hawkeswood well in the past, with two victories in the allcomers class.

Last year, in the NZRC debut of the Mazda 2, only a 30-second time penalty kept Hawkeswood off the podium.

Teaming up again with Jeff Cress, a finish is absolutely critical for Hawkeswood, with one DNF already accounting for the ability to drop a round in the championship.

“It’s been a busy time, that’s for sure! The changes to the suspension are all in the arms, it’s about half way to where the new car will be and with the smaller motor in the car, we’ve changed the turbo to help with the drivability of the car,” says Hawkeswood.

“But the main thing for the weekend is we have to finish and bank some solid points for the championship.”

The Drivesouth Rally Otago gets underway with a ceremonial start on Friday May 8, with the competitive action getting underway the following day.

The following day sees a further seven special stages totalling 147km with bonus points available on the power stage, the iconic Kuri Bush, which makes up the final stage of the event.