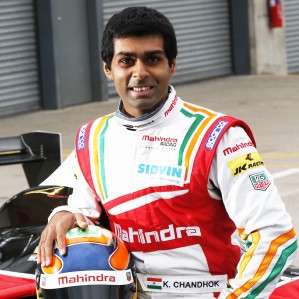 Ex-Formula One racer Karun Chandhok will be the next Online Driving Instructor for the Road Racing Drivers’ Club’s SAFEisFAST.com site.

Chandhok will be competing in the Le Mans 24hrs this week and has been signed up to drive for Mahindra Racing in the new FIA Formula E championship, starting in September.

Young drivers and fans can pose questions to Chandhok on any subject from career development and technical skill to marketing and race craft. One of only two Indian drivers to have contested a Formula One race, his racing pedigree has seen him compete all over the world and even feature in the commentary box.

Son of multiple Indian rally champion Vicky Chandhok, he graduated from karting into single-seaters in 2000, becoming Indian National Racing Champion in his first season by winning the Formula Maruti series. He moved to Europe to continue his racing education and moved up the motor sport ladder to GP2 where he claimed two wins before securing a drive in Formula One with the Hispania Racing Team. He has since moved on to racing in the European Le Mans Series, including the 24 Hours of Le Mans, and was recently announced as a driver for the Mahindra Racing team competing in the inaugural Formula E series.