Can Oldfield find a way to win

Can Oldfield find a way to win 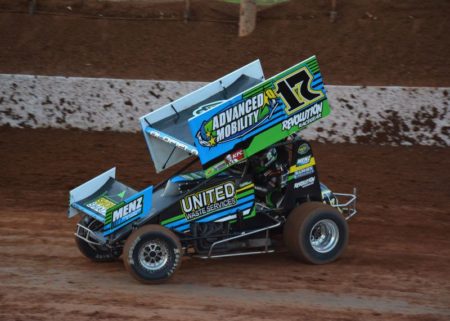 When the 2020/2021 speedway season kicked off last month, nobody, including the man himself, could have possibly predicted that, after five nights of racing, Luke Oldfield would have finished runner-up in every Sprintcar feature race contested, a remarkable record of consistency that, whilst impressive by any measure, has no doubt left the hard-charging Gold Coast-based racer frustrated at having come so close on so many occasions without converting one into a win. This Saturday night (October 31), Oldfield will take on another 26 drivers in round two of the East Coast Logistics Sprintcar Track Championship at Archerfield Speedway, including Queensland champion Lachlan McHugh who, so far this season, has been victorious in every feature race in which he has finished, accumulating four wins in a row before crashing out here two weeks ago.

On what will be another huge night of action at Archerfield, round three of the TFH Midget Series has attracted a 19-car field, with Wingless Sprints also out in force for round three of their Club Championship. Lightning Sprints and Microsprints also return and, with Ford vs Holden vs Sigma sedans making their first appearance for the season, close to 100 cars will hit the track for a feast of dirt track action.

Whilst Oldfield and McHugh have been the standouts thus far, and the latter is no doubt determined to bounce back after falling victim to an error from one of his rivals in the previous round, there have certainly been several other drivers in the mix on each occasion and it was Cody Maroske who was the first to step up and stop the rot, breaking through for his maiden Sprintcar feature race win in the opening round of the ECL Track Championship on October 17. With a break in competition last weekend, those teams serious about improving their results will have spent considerable time poring over data, reflecting on their results thus far, undertaking any repairs and/or making adjustments to their race set-up in a bid to find the extra oomph they need to elevate themselves to the front of the field.

Look for Brent Kratzmann, Adam Butler, Allan Woods, Callum Walker, former Queensland champion Mitchell Gee and defending track titleholder Aaron Kelly, who charged home to finish third at the last round, to be amongst those looking to emulate Maroske in upstaging McHugh, Oldfield and the rest of the field in the 30-lap main event. In his first season as part of a family-backed racing operation, Gee is yet to produce his very best form but it seems inevitable that, sooner rather than later, he will find himself back on the podium and revisiting victory lane.

The first two rounds of racing in the TFH Midget Series, staged over consecutive nights on October 3 and 4 saw each feature race produce a different victor with first-time feature winner Brad Dawson and perennial track championship contender Rusty Whittaker sharing the spoils. Both drivers return this weekend to face off against the likes of Darren Vine, Charlie Brown, Scott Doyle, Cal Whatmore and teenage gun Bodie Smith, who has been the dominant figure in Compact Speedcar racing so far this season and has shown glimpses of speed in previous Midget outings without yet being able to replicate the success he has enjoyed in the feeder class. However, his car looks immaculate and he certainly possesses the necessary talent and confidence to emerge as a consistent threat to the established order. Lachlan Paulger might be another worth watching after he embarrassed his more experienced rivals in round two with a blistering heat race performance that saw him round up the field with a superb outside run before carrying that form into the feature race to finish ahead of Vine and Dawson to land on the podium for the first time ever.

Given the influx of new drivers to the ranks this season which has ensured the category continues to deliver good fields, expect to see the more experienced operators such as Brody Thomson, Paul Robinson, Ryan Harris, Liam Atkinson and Tim Harris set the pace in the Wingless Sprint events. Casey O’Connell is another expected to feature in the thick of the action, while the likes of James Grady and Declan Brownsey look to expedite their learning curve in transitioning from other categories.

Gates open at 1.00pm, with early racing from 5.00pm and Sprintcar time trial qualifying from 5.30pm. The main program, which also features round two of the Stockmans Civil and Plant Lightning Sprint Club Championship and round three of the Queensland Microsprint Club Championship, along with Ford vs Holden vs Sigma sedans, will get underway from 6.00pm.