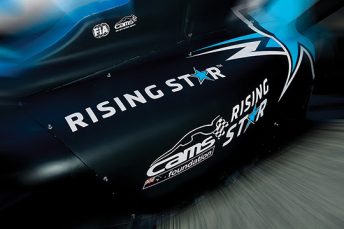 It was a fiercely contested Round Four meeting at Phillip Island in May, as Victorian Simon Fallon (Team BRM) claimed his first ever round victory in his Australian Formula 4 career. Fellow CAMS Foundation Rising Stars Ryan Suhle (Zagame Autosport) and Cameron Shields (Team BRM) joined Fallon for a Rising Star lockout on the Phillip Island podium.

Fallon will be looking to notch up back-to-back wins as attention turns to Ipswich.

“I’m really keen to jump back into the car after the long break, but pretty keen to get the season back underway,” Fallon said.

“The track at Queensland Raceway is pretty fun but unfortunately it is a very hard track to overtake, so qualifying will be key.”

Shields is the highest placed Rising Star and is only 29 points off Australian Formula 4 Championship leader Nick Rowe.

“I am incredibly excited for the weekend ahead, being my home round for the season,” Shields said.

“The track itself is one of the easier layouts for the Australian Formula 4 Championship, but it is one of the most difficult tracks to refine and be fast on.”

Fellow Queenslander Ryan Suhle has a substantial lead in the Burson Auto Parts Rookie of the Year standings, with 54 points covering he and his nearest contender Aaron Love.

“It’s great to be leading the Burson Auto Parts rookie class, which was my goal coming into this season,” Suhle said.

“I really feel with three rounds left, we have all the pieces of the puzzle to challenge for wins and possibly the outright championship, which is super exciting for me.”

“The Burson Auto Parts Rookie of the Year battle looks very challenging, but hopefully I’ll pull through and get some really good points.”

“The CAMS Academy was an amazing experience at Bond University. It was an honour to attend and although with every other person I gained a lot from the short time we were there,” Cameron Shields said.

With a two-month gap since Round Four at Phillip Island, the CAMS Academy camp was a welcome event for the drivers to regroup.

“It was tough having a two-month break, it really made me realise how much I love racing,” Suhle said.

“It was great to have the CAMS Academy during the break, as it gave me an opportunity to implement all the great stuff I learnt into my daily life and training.”

Practice two, qualifying and all three races will be televised live on Fox Sports 506 as part of the Virgin Australia Supercars Championship coverage.

Championship points (After Round 4)