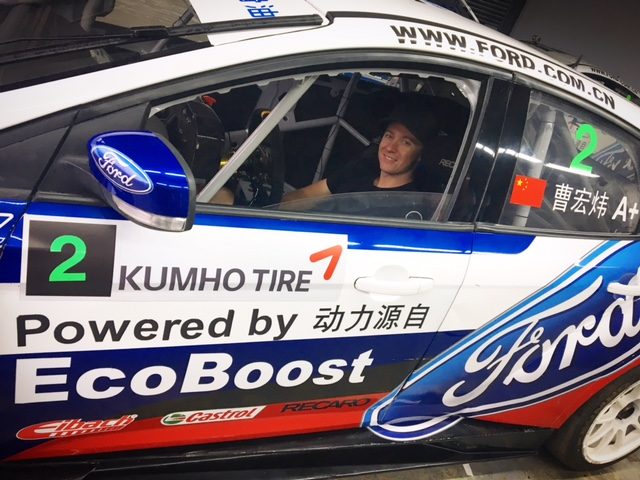 Burdon has been offered the opportunity by Formula Racing Development Motorsport (FRD) to get behind the wheel of their championship defending Ford Focus, after a dominant season winning Asian Formula Renault Series in 2016.

“I am excited to be testing Thursday, in the factory-backed Ford Focus after our original scheduled test was rained out before Christmas.” said Burdon, “CTCC is exciting as there is big manufacturer support in teams, and it is very popular with the Chinese public”.

“I look forward to my first drive of a front wheel drive touring car, and hopefully adapt quickly and can impress.”

This test adds to a very busy beginning of the new year for Burdon, who is currently back in Asia and still yet to commit to any racing program for 2017.

“The last few months sense winning the Formula Renault title have been busy, I have been in and out of cars, and concentrating on confirming a program for this season. For sure I would enjoy the security of having something locked away already, but unfortunately this is not the case. Right now my focus is on doing a solid job in this Ford CTCC test, and landing an appropriate GT / prototype endurance racing seat.”