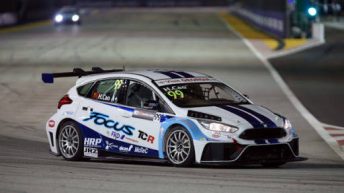 Reigning Asia Formula Renault Champion Josh Burdon has been enlisted by the well-known Hong Kong based Formula Racing Development (FRD), to boost the development of their TCR Asia Series Ford Focus, beginning with track tests this coming Tuesday in China.

FRD’s TCR Asia programme is a continuation of its own in-house Ford Focus build and development project, which saw limited competition entries last year, including the Macau Grand Prix.

The services of Burdon have been engaged by FRD after he recorded a very impressive initial test in their factory Ford Changan Chinese Touring Car Championship entry earlier in the year.

The development of the FRD Ford Focus TCR car adds to what is shaping up to be a busy season for Burdon after most recently signing to race a newly formed LMP3 series in Asia.

“I am both excited and eager to continue working closely with FRD and begin work on the development of their Ford Focus TCR Asia car” said Burdon. “I hope we can push hard to get the car and program to a stage where we can soon share championship wins.”