MEDIA RELEASE: Porsche GT3 Cup Challenge Australia presented by Pirelli will field its fourth largest grid this weekend at Queensland Raceway when lining up for the final Jim Richards Endurance Trophy race of the season.

The boost in grid numbers makes this weekend’s GT3 Cup Challenge round its largest at the venue and has only been eclipsed in the past by its visit to Oran Park in 2008 and its 2009/2010 Bathurst rounds.

The championship’s fifth most experienced campaigner, Jon Trende, will return for his 21st series start; his first round since the 2012 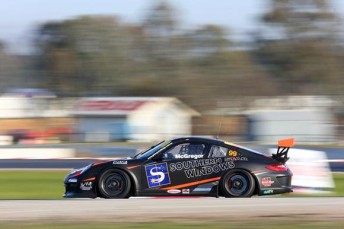 season finale at Phillip Island. Trende, who trails only John Goodacre, Jeff Bobik, Terry Knight and John Morriss in round starts, boasts a record of four pole positions, three race wins and sole GT3 Cup Challenge round win at Sandown, 2011 from his previous 20 rounds. John Karytinos, Brendan Cook and Simon Ellingham all return for the Queensland event after short hiatuses.

At the opposite end of the spectrum, young gun Hamish Hardeman moves from Formula Ford to make his Porsche one-make series debut this weekend at Queensland Raceway. Hardeman also brings limited GT experience in a Ginetta, as does fellow debutant Tony Martin, who has sound Australian GT experience at the wheel of the same British sports car. 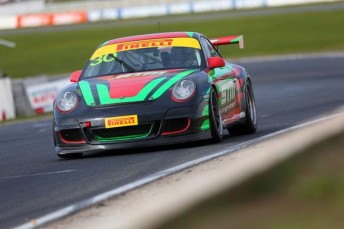 The bumper Porsche field will compete in the deciding Jim Richards Endurance Trophy race at Queensland Raceway. Endurance races were conducted at Winton and Sydney, with Jon McCorkindale and James Abela at the top of the endurance standings with one race remaining. With history on his side, McCorkindale hopes to take the endurance crown.

“I actually had my first round win at Queensland Raceway last year so I’m looking forward to heading back,” said McCorkindale, who won all three races at the venue in 2014. “It will be competitive, so hopefully we’ll give it a good crack in Queensland.”

Points leader Ryan Simpson struggled at the previous Sydney Motorsport Park round with a race one DNF. The Winton endurance race winner, Simpson is gunning for his fourth straight pole position, a feat only ever achieved by Matt Kingsley in 2009. 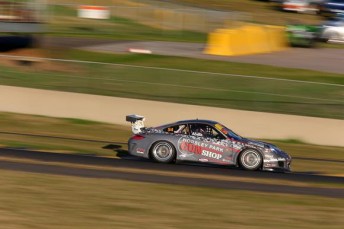 Class B points leader Aaron Seton is looking for a third-straight class round win, but suggests outright pace will be hard to come by in Queensland.

“I’ve done a few laps around QR. It’s a very technical track; you have to brake very late with a lot of brake pressure and it’s quite a hard track to get right. It will be a struggle in the Class B cars against the newer Porsches but we hope to come out with another class round win,” said Seton.

Official practice, qualifying and the final Jim Richards Endurance Trophy race of the year will be held on Saturday while race two and race three will be held on Sunday. All Sunday racing at the Shannons Australian Motor Racing Nationals can be streamed live at www.thenationals.com.au. 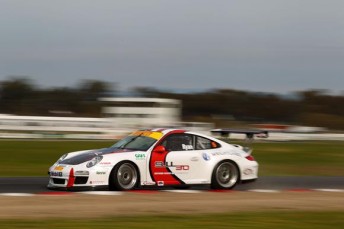