FIVE high-quality categories will combine with the Hi-Tec Oils Bathurst 6 Hour to provide more than 13 Hours of competitive racing action across the Easter Long weekend in 2020. 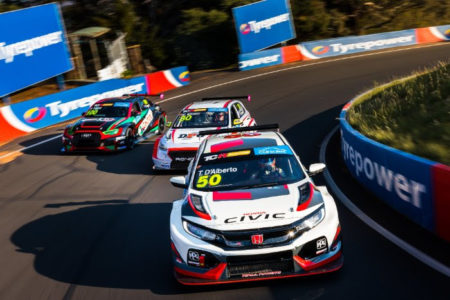 The news comes as tickets officially go on sale for the event, fans able to buy one and get one free should they purchase online before 24 December this year. Tickets are available from today at www.bathurst6hour.com.au.

Already announced, the event will feature the second round of the 2020 Carsales TCR Australia series, the first time that the global Touring Car class will have competed at Mount Panorama.

The event has also already confirmed that it will host the first round of the 2020 Australian GT Championship.

The Bathurst event will also mark the second round of the Australian GT4 championship, the more entry-level GT cars to race within the broader GT3 field in each race.

Three exciting additions to the support program round out the bumper weekend of racing.

A round of the 2020 Radical Australia Cup will add an open-top Sports Racing car mixture to the event while the MRF Tyres Excel Challenge and Historic Touring Cars will then add enormous diversity to the weekend’s on-track program.

Having made their Bathurst debut in 2018, the one-make Excel category has proven to not only be Australia’s most affordable entry-level category but also a stepping stone for young drivers to progress their careers.

The Easter event will mark the first time that the category will have raced on MRF Tyres.

MRF, through their Australian distributors Mentor Tyres, are a major sponsor and the control tyre supplier of the Bathurst 6 Hour enduro and Australian Production Cars Championship.

Historic Touring Cars will race twice across the weekend and return the classic Muscle and historic vehicles from Bathurst’s past to the Mountain once again.

The Radical Australia Cup has been a staple at Mount Panorama in recent years with their field of open-top sports racing cars consistently producing highly entertaining racing.

Tickets for the 2020 Hi-Tec Oils Bathurst 6 Hour event are now on sale, with a special buy one, get one free deal in place until 24 December this year.

General admission access starts from just $10 with a three-day Adult GA ticket just $40 if purchased online prior to the event.

Paddock and pit roof access, spectating from the top of the Mountain and Grandstand seating remain free-of-charge to all GA ticketholders.

Tickets can be purchased via the official event website, www.bathurst6hour.com.au now.

The Hi-Tec Oils Bathurst 6 Hour will be broadcast live and free on the Channels of Seven next year, following a new multi-year agreement between the Seven Network and the Australian Racing Group.

“The Hi-Tec Oils Bathurst 6 Hour weekend will be one of non-stop on track action across the entire weekend,” Collier said.

“We are pleased to have been able to continue the Bathurst 6 Hour tradition of welcoming both high-profile national categories and more entry level and accessible classes to join the program.

“Across TCR Australia, Australian GT, Radical Australia Cup, MRF Tyres Excels and Historic Touring Cars we have an incredibly diverse program and something for everyone throughout the weekend.

“It will make for one of the best-value weekends of racing in 2020 as the event builds towards the fifth running of Australia’s Showroom showdown enduro, the Bathurst 6 Hour, on Easter Sunday.”