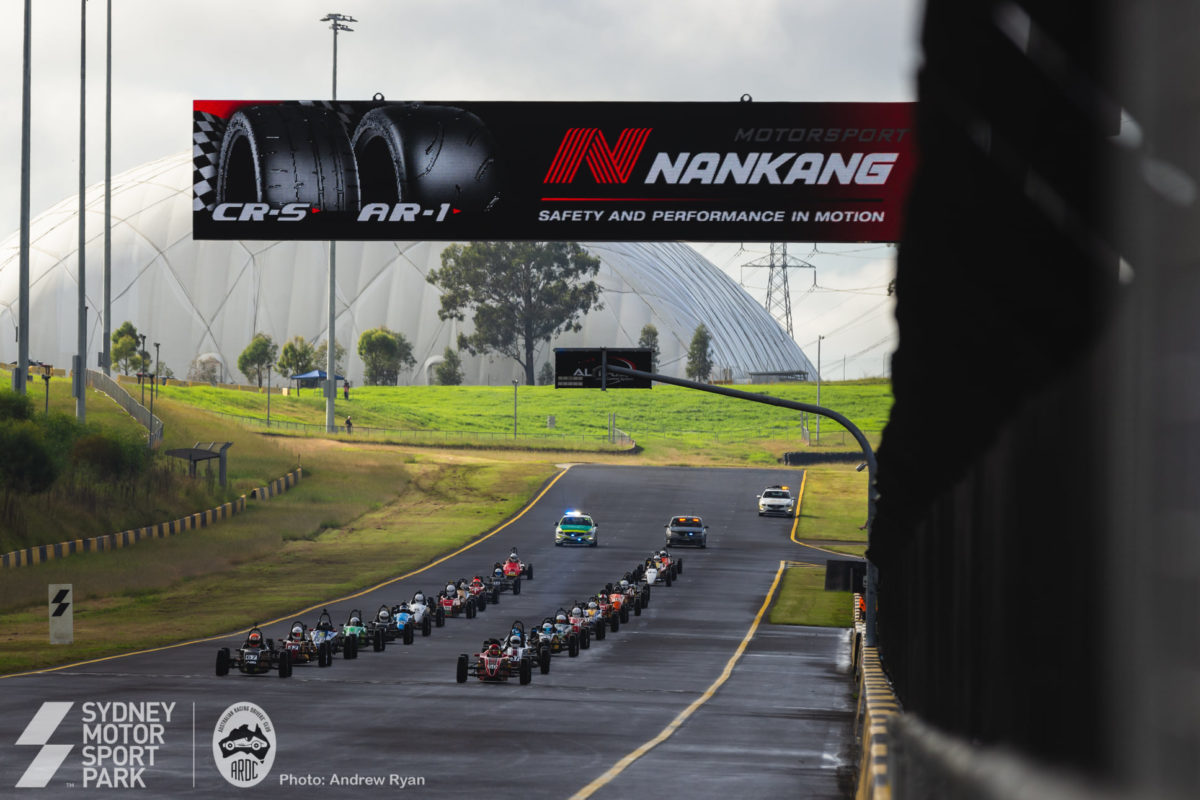 NEARLY 200 competitors in eight categories will line up this Saturday June 25 at Sydney Motorsport Park for the Nankang Tyres Round Four instalment of the 2022 Motorsport Australia NSW Motor Race Championship.
The second annual day/night event will see the largest field for the popular state series since pre-Covid 19 times, and this Saturday’s round is shaping up to be one of the most exciting yet.
The new double header format, which first appeared on the SMSP calendar this time last year, is proving overwhelmingly popular with both competitors and spectators alike, with racing commencing from 0830hrs and continuing well into the night under the circuit’s $16 million LED lighting.
Categories include the HQ Holdens, Formula Vee, Improved Production cars (under and over 2.0L), Production Sports Cars, Production Touring Cars, Supersports, and Superkarts.
Full grids include Formula Vee with 32 cars and Production Touring with a maxed-out field of 44, while the split Improved Production category has 41 cars collectively.
Tickets are just $20 online via sydneymotorsportpark.com.au, with free entry to the paddock and grandstand, free onsite parking, and free entry for children 15 years and under with a ticketed adult.
The NSW Supersports category is also offering complimentary tickets in a fantastic move that will help engagement with drivers and fans alike, inviting any parties interested in racing a Supersport to be their guest at the event (contact NSW Supersports via web or Facebook).
Qualifying begins at 0830hrs, with racing from 1100hrs culminating in an hour-long enduro for Production Touring in the evening, wrapping up at approximately 1030pm. Special mention must be made to the ARDC Officials and volunteers who work the long hours to make this type of event possible.