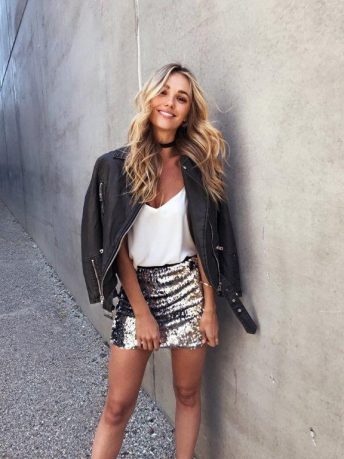 Hailing from the Mornington Peninsula, Hogan, 24, has grown up enjoying an active lifestyle and is an avid fan of the jam-packed Melbourne sporting calendar, taking part in all that the city has to offer.

The stunning model burst onto the scene in 2013 when she first appeared on Australia’s Next Top Model, where she placed in the top ten. Brooke has since then steadily grown and diversified her brand and is now one of Melbourne’s renowned “it” girls with a loyal Instagram following of over 620,000.

Hogan, who will act as a spokesperson in the lead up to and during the 2017 Formula 1® Rolex Australian Grand Prix, feels incredibly honoured to have secured this esteemed role.

“I’m thrilled to be chosen as the face of 2017 Formula 1® Rolex Australian Grand Prix. It is a prestigious role I have strived to achieve for a long time,” Hogan said.

“The Formula 1® Australian Grand Prix has become such an iconic and renowned event on the global sporting calendar and to be a part of the event as an ambassador really is a once in a lifetime opportunity,” Hogan continued.

“We’re tremendously excited to have Brooke come on board as our official ambassador for the 2017 Formula 1® Rolex Australian Grand Prix and I have no doubt her zest for life and energetic personality makes her the perfect role model to not only represent our event but also our great city,” said Westacott.

Hogan’s duties will include welcoming international guests and celebrities to Melbourne for the March event, as well as hosting the official event launch party – Glamour on the Grid.