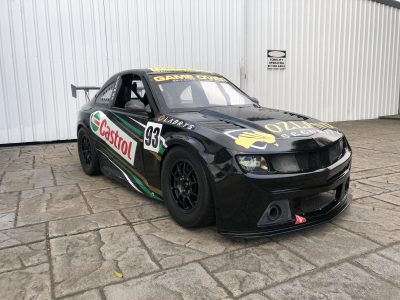 Broc Feeney will celebrate his 16th birthday at this weekend’s Vodafone Gold Coast 600 as he takes to an Aussie Racing Car for the first time.

Last year’s Australian Junior Karting Champion, who has won two races in the Toyota 86 Racing Series this year, has stitched together the last minute deal to race the car through Paul Morris and the Norwell Motorplex.

Feeney has drawn support from Castrol, Ozland Security and Roadpod Transport, along with his personal supporters in 2018 Firestar Developments, Labrys and Paul Feeney Group, along with TAFE Queensland.

Feeney will also welcome support from exittimesharenow.com and JMD Flooring to the effort this weekend.

Racing at the Vodafone Gold Coast 600 is something that Feeney has looked forward to his entire life.

“I’ve been going to the race basically since I was born back when it was IndyCars – it’s always a great weekend for everyone on the Gold Coast and to finally have an opportunity to race myself there is something that is incredibly exciting,” said Feeney.

“That our supporters can come out and see us race on the Surfers Paradise streets is great, I know we’ll have plenty of support behind us.”

As part of the leadup work, Feeney has tested the car he’ll race this weekend in a shakedown last weekend and is ready to be part of the Aussie Racing Cars field.

He’s been driving a variety of vehicles over recent weeks to support the Toyota 86 Racing Series program, including a Morris-prepared Supercar ahead of the Aussie Driver Search competition, where he’s qualified for the final.

“Paul’s been an outstanding help in terms of advising me and also presenting opportunities to us like the one we have this weekend,” Feeney added.

“The Toyota 86 Racing Series has been a great platform to allow us to do similar racing programs. Unfortunately, we couldn’t compete at Bathurst due to circumstances beyond our control, but we’ll certainly be pushing on at the final round in Newcastle to add more race wins and finish the season strong before making our plans for next year.”

The Vodafone Gold Coast 600 begins on Friday with Broc and the Aussie Racing Cars being first to take to the track at 9:05am for practice, before qualifying and the first race on Friday. Three subsequent races will take place across Saturday and Sunday.

“I really can’t wait for the event, it looks like it is going to be a stunning Gold Coast weekend and after a cool winter it will be the first real opportunity everyone has had to get out and soak up some warm weather,” Feeney added.

“Organisers should be expecting a big turnout and we look forward to bringing a local angle to the Aussie Racing Cars and give everyone someone to support!”

TV coverage will be live on Fox Sports 506 throughout the weekend with subsequent coverage on Channel 10.