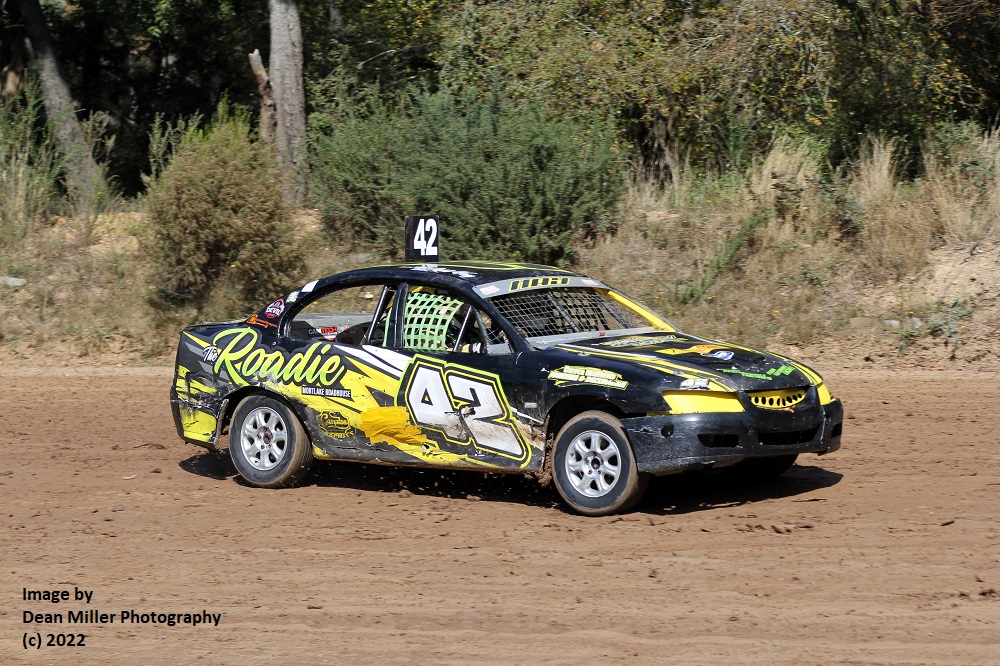 Daylesford Speedway continued their recent busy run of race meetings with the annual Easter race meeting run on Sunday. The big event of the weekend was the Balshaw Memorial for the Daylesford Modifieds whilst other classes competed in Easter Cup day. Brett Carrington picked up a tremendous win in the Balshaw, whilst Tm Hutchinson won the Standard Saloons, Bailey Kakoschke the Juniors, Tim Hutchinson the Standard Saloons, Chris Hay the Street Stocks and Katie Meyer the Ladies Saloons.

Carrington picked up his first major feature win since he joined the Daylesford Modifieds, and he was able to finish ahead of young gun Coby Kakoschke. Ryan Daly continued his consistent finishing results with another third and the returning Daniel Kris finished in fourth with no fifth placing.

Tim Hutchinson continued his dominance in the Standard Saloons with another feature race win against rookie adult racer Rhys Meakins. Meakins was in his first ever open age race event and started with a podium result. Joel McInnes has been showing some speed recently and the Colac based racer finished third in front of Bailey Sinclair and Austin Chivers.

Bailey Kakoschke won the Daylesford Junior Sedans once again and this time some of the newer drivers in the class picked up terrific results also. Blaize Majok-Edwards was second, Sebastian Hardie, Ben Carrington and Chelsey Kakoschke rounded out the top five.

Chris Hay and Des Robinson continued their battles in the Street Stock class and this time Hay came out ahead of the veteran with a victory. Hay finished ahead of Ash Fox, Glen McCoubrie, Robinson, and Anthony Bull in fifth spot.

Daylesford Ladies Saloon was the fifth class in action and Katie Meyer continued her winning ways with yet another victory. Richelle Jenner finished in second with Charmain Bryans a rookie racer this season in third with Lizzi Huckel and Chloe Graham rounding out the top five.