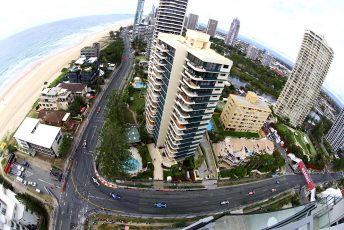 One of the most loved Aussie anthems of all-time is headed for the stage at the Vodafone Gold Coast 600 with Daryl Braithwaite joining the line-up for this year’s event.

Braithwaite will perform at Broadwater Sounds presented by Sea FM, along with Delta Goodrem on Friday, 19 October.

Braithwaite’s song “The Horses” is an Australian classic and has become an unofficial anthem at major sporting events such as the Cox Plate at Mooney Valley racecourse where thousands of racegoers sing along to the famous tune.

The former Sherbet front man is performing at Broadwater Sounds for the first time.

Tickets to Broadwater Sounds presented by Sea FM can be purchased via Ticketek. Both nights of entertainment are included in any same-day Supercars ticket.

Local DJs to perform at Club 600

As the Gold Coast’s largest annual event, Supercars is also confirming today that Gold Coast local and international DJ, Brooke Evers, will return to perform at the popular Club 600 precinct this year.

Evers has amassed close to one million followers on social media and is now based in Los Angeles where she regularly performs at some of the world’s most popular clubs and events.

The glamorous DJ will perform at Club 600 this year along with fellow Gold Coast acts, The Twins, Jake Carmody and Kaitlyn.

It’s a 100% full throttle day club inspired by the festive energy of Las Vegas and bringing an on-track experience like no other.

The Vodafone GC600 will run on the streets of the Gold Coast from 20-22 October.