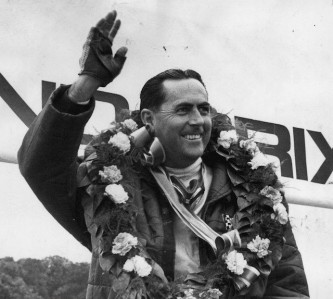 A new award in memory of Sir Jack Brabham has been created for Junior Motorcycle Riders at Sydney Motorsport Park.

The Award was created in remembrance of junior road racer Ambassador Sir Jack Brabham and is awarded to the most improved junior athlete from the motoDNA junior road racer development program held at Sydney Motorsport Park.

Sir Jack’s son David Brabham commented: “Dad loved riding his bikes and I can see why he loved to help out in the bike world.

“I grew up with dirt bikes on the farm and in the summer months when dad was there we would go for an evening bike ride around the whole farm. This years accolade has been given to motoDNA Junior athlete Hayden Spinks.

Hayden came straight from dirt track and stood out immediately as he was accredited for road racing after only one day of coaching. Hayden will now embark on a full season of road racing in 2015.

motoDNA CEO Mark McVeigh commented: “Sir Jack was a great supporter of the motoDNA Junior Development Program at Sydney Motorsport Park and this award is fitting especially at a track that holds his name.”